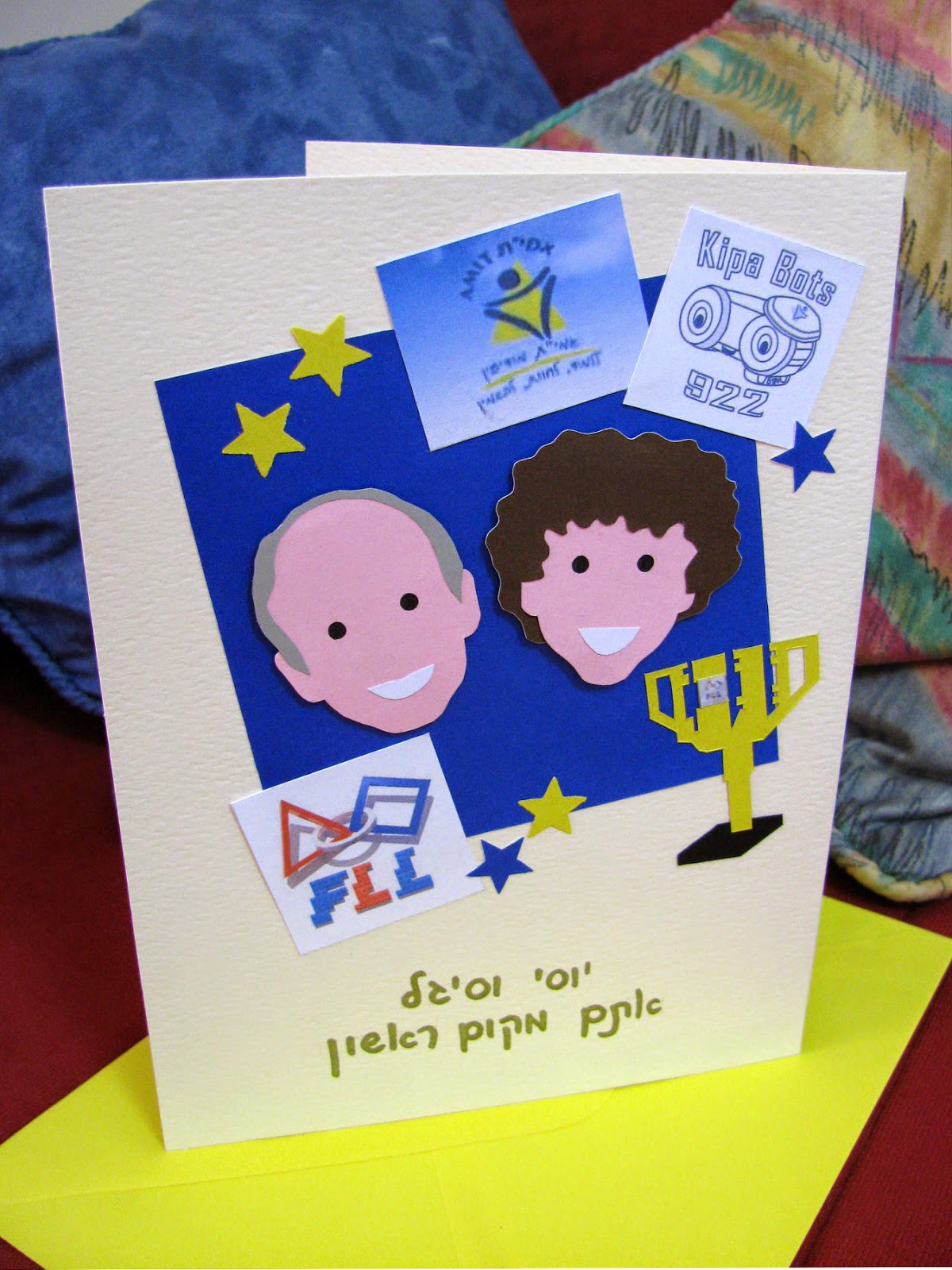 A bunch of kids in my city recently took part in a FIRST LEGO League national robotics competition. They finished in third place, earning themselves an invitation to represent Israel in a world tournament in South Africa in May. Before the competition one of the parents asked me to make a thank you card for the team's mentors. On the front of the card she wanted me to include a yellow LEGO trophy, the logo of the Kipa Bots 992 team, as well as their school's logo, Amit Modi'in Boys. I created paper portraits of the team's mentors, and used an overall colour scheme of blue and white, matching the colours of the team t-shirt. The Hebrew greeting says "Yossi and Sigal, you are first place."
The team's research project focused on ways to make the physical classroom environment more suitable for learning with the use of new technology and layout of the classroom. The classroom they designed will be built next year in their own school here in Modi'in. They spent countless hours working on their project, all this time learning about technology, science, conducting research, and team management. I wish them lots of luck in the world tournament next month. 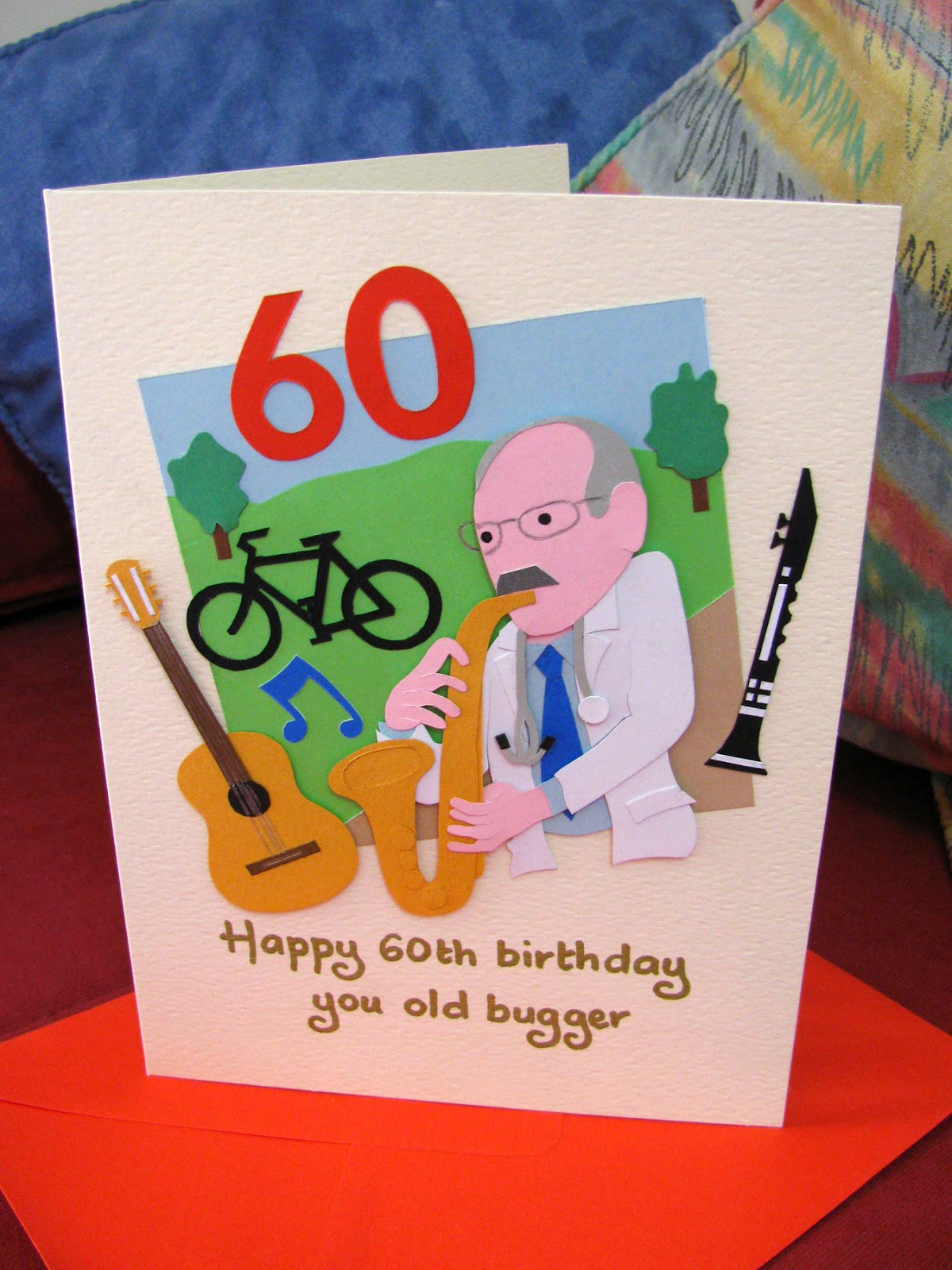 Another customer asked me to create a 60th birthday card for, ahem, an "old bugger". In this case she was using the humorous or affectionate British slang term for a man or child: a silly old bugger; a friendly little bugger. The gentleman who was celebrating his birthday is a doctor. He plays the saxophone, clarinet and guitar, and also enjoys walking and cycling. I have shown him in his white lab coat, with a stethoscope around his neck. He is playing his saxophone, whilst the guitar and clarinet are nearby. His bike is in the background too. What a multitalented chap he seems to be... even if he is an old bugger!
Posted by Handmade in Israel at 08:48

both cards are great! really like 'the old bugger'. :) what a great accomplishment for that lego team!

What a neat Lego competition! I love the old bugger card. I bet he is a character! :)