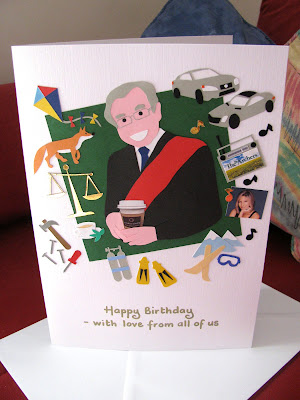 A customer ordered one of my extra large cards for her Uncle Ronnie with the intention of framing it for his birthday. She sent me a super long list of the things she and her Mum feel represent him. He is a handy man, she wrote, and so a screwdriver, hammer and nails were requested for the card. He absolutely loves chocolate, especially chocolate from the British chocolatier Paul Young, and particularly loves his hot chocolate, so she asked if I could show him holding a Paul Young hot chocolate drink. She also wanted a peppermint tea to go in somehow too! Uncle Ronnie is a big fan of the Radio 4 programme The Archers and he loves singing Barbara Streisand songs. He also loves cars and gadgets, so cut-outs of a silver SLK Mercedes sports car and a Lexus were requested.
Uncle Ronnie is a Past President of the City of London Law Society so my customer wanted some kind of image relating to the fact that he is a lawyer. He loves skiing and scuba diving and flying kites with the children in the family, oh and she wanted me to show him wearing the Master of Ceremonies red sash that I could see in the photo she sent me. Finally, Uncle Ronnie has the most enormous wonderful winning smile and that should really stand out, she said.
There was a LOT to include! 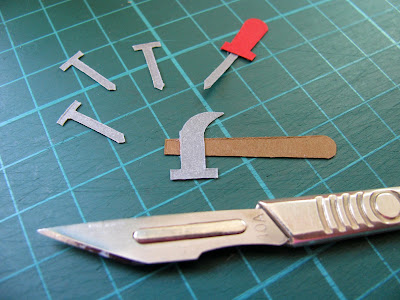 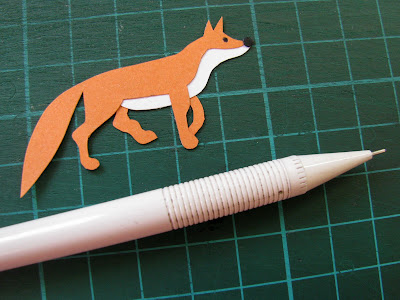 You can see some of the many cut-outs I created. Above is a picture of the tiny screwdriver, hammer and nails, and below them a paper fox to represent Ronnie's law firm which is called Fox. The fox appears on the card above the Scales of Justice, below. Finally, the colourful kite was also a request.
The card took me, ahem, quite some hours to create and I was delighted to receive the following emails after my customer and her Mum had seen it:

Dear Lisa
I hope that you had a lovely Rosh Hashanah and I wish you and your family a very happy New Year. I cannot even begin to tell you how thrilled my brother was with the card and the fun he had identifying all his special interests - it was a great success and I know that he has already put it up in his home. I'm sure that he would not mind at all your using the card - and I do hope that it brings you in lots of orders - you really deserve the success. You took such immense pains to get everything just right and I do hope that it will help your business go from strength to strength. Thank you again for all your help and patience and if it would help for someone to give a personal recommendation I'd be more than happy to do so."
Her daughter added, "Uncle Ronnie really is one of the most amazing men I know and I absolutely adore him ... you probably feel like you know him better than anyone!".
Um, I think perhaps I do! 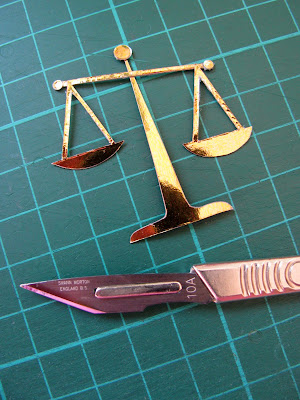 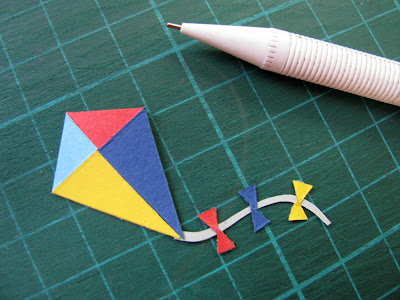 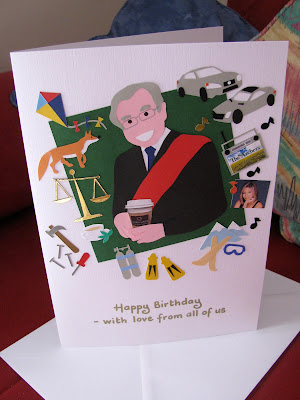 Posted by Handmade in Israel at 08:01

ah... i had wondered about the fox. the scales are really neat in gold! loved the kite, too. always such great detail!

Amazing job Lisa. There are so many details on this one! I love that it will be framed to be enjoyed forever. I have not seen Paul Young chocolate in the U.S. but if I ever do come across it, I will give it a try. :)

Lucky uncle to recive such a personal birthdaycard!

Right...you get to know all the secrets of people:):) Awesome job, Lisa! That was a lot to include, and you made it look like they all belonged there!
Wishing you a happy new year! Just this year I heard that there is a book of life written on all of us. I kind of knew it vaguely, but not that on each individual - that was a shocker! Every time I get to know a little what the Jewish people have known from they were young!
Not to forget, thanks so much for sharing it with SEASONS! Have a beautiful week!

Hi Lisa,
Your friend and her Uncle must have been thrilled with this beautiful handcrafted which you personalised so cleverly.
Thanks for visiting Normandy Life this week, it's always great to meet another blogger.
Maggie