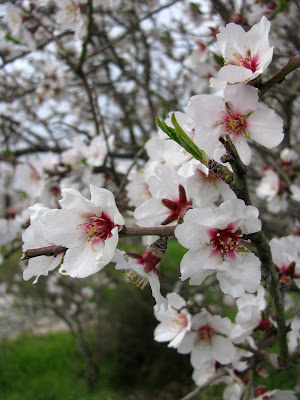 Israel is bursting with wild flowers at the moment. The wonderful scent of spring and Passover approaching is in the air. Knowing that there would be a lot of lovely flowers to see, the youngest son and I went for a walk on Titora Hill, a popular historic beauty spot within our city. I've written about it before, both here and here.
Titora Hill is an easy walk from our home. It is an archaeological and botanical sanctuary in the middle of our small city, and during the spring there are over 80 different types of wild flowers on the hilltop. We found Palestine Iris and an abundance of Red Anemone, or Calanit as they are known locally. We spotted beautiful pink wild Cyclamen, Rakefet, and my son happily posed for pictures next to some tall Common Asphodel, or Irit Gedolah. The almond trees were in full bloom and the Sabra fruit, a form of cactus known as 'prickly pear', were almost falling off the bushes. There were just so many flowers to photograph. I was in my element! 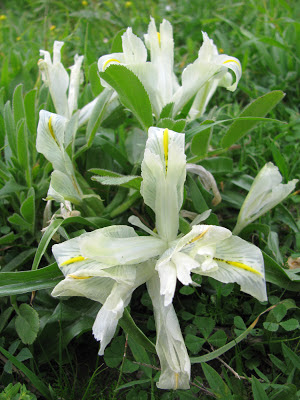 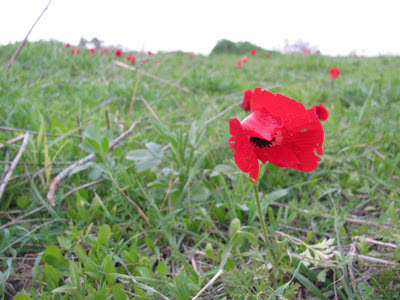 Titora Hill has enormous historic value. Evidence has been found which suggests that it may have been inhabited since the Chalcolithic period, between 4,000 and 3,150 BCE. Archaeologists have found artifacts from the First Temple period, whilst further remains indicate that the Hasmoneans lived on the hilltop in about 165 BCE. There is also evidence that it was used as a hideout during the time of Bar Kochba, who died in 135 CE. At the top of the hill the remains of a Crusader fort can be found. My son loves to climb it, even though he has done it one hundred times before.
The original name of the hill, 'Tantara', was adapted in Arabic to 'Tanturah' and the Hebrew to 'Titora' (meaning brim of a hat). 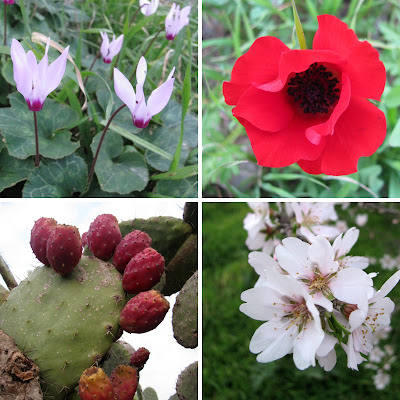 Ever since the city was built there have been constant threats from the Housing Authority to build on Titora. Recently plans were put forward to build 770 housing units there but fortunately a large and vocal number of residents objected to the plan. The current mayor supports the preservation of Titora and so, for the time being, this lovely area will stay as it is - a great place for my son and I to take a stroll and enjoy the natural beauty around us, especially at such a lovely time of year. 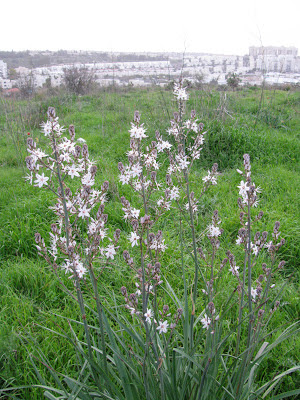 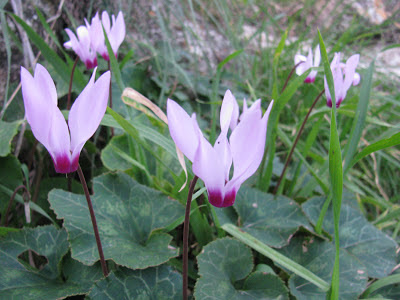 Wild Cyclamen, or Rakefet
Posted by Handmade in Israel at 20:00

Flowers are in short supply here as yet - a few more weeks should see them coming. In the meantime, it;s lovely to see yours!

These flowers are so beautiful Lisa! I love Anemones. They grow in the summer where I am. The colors and huge floppy petals are fabulous! I hope they never develop on this reservation. As long as the people keep speaking up, it should not happen. :)