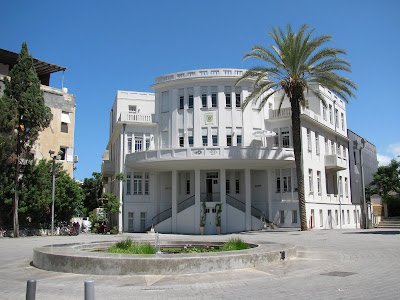 Beit Ha’Ir, Tel Aviv's first City Hall, was built in 1925 at the northern end of Bialik Street. Israel's national poet, Haim Nahman Bialik, had decided to move to the Holy Land in 1924 and was in fact already so famous that as soon as he decided to immigrate and purchase a plot in Tel Aviv, the tiny road next to his unbuilt house was re-named Bialik Street. It became a rather grand little street and was once the venue for parades, concerts, dancing and loud demonstrations against the British.

Around the same time that Bialik was making his home on the street named in his honour, Tel Aviv's first mayor, Meir Dizengoff, was looking around for a new municipal building (the Tel Aviv municipality was initially located on Rothschild Boulevard). Dizengoff was shown sketches for all kinds of magnificent buildings, but they were way beyond the city’s budget. Fortunately, an American Jewish family, the Skura family, had just finished the construction of a large building, originally intended as a hotel, next to Bialik's new home. The hotel had opened for business in 1925 but was deemed unprofitable due to the lack of tourists. In 1928 it was rented out to the city of Tel Aviv and stayed as the City Hall for over 40 years. 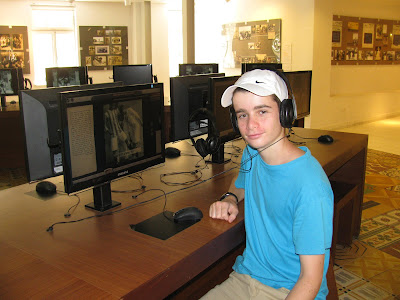 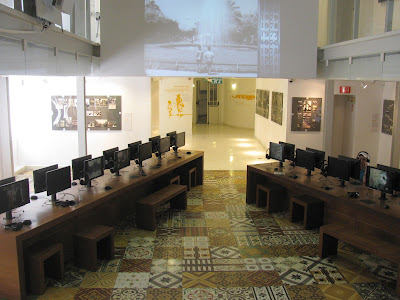 A new city hall was designed in the 1950s by architect Menachem Cohen, in the Brutalist style. It is located on Ibn Gabirol Street. In 1965 the City Hall moved there. The old Skura building, Beit Ha’Ir, was closed, and deserted for four decades, until it was meticulously restored and converted into a museum for the history of Tel Aviv, opening in 2009.
The museum chronicles the development of the city of Tel Aviv through photographs and video clips. In the virtual information centre, housed on the lowest level of the building, computers with a time-line application allow visitors to select and view the events of any decade. Upon selection of a decade, the headlines for the decade appear on the screen. Selecting a headline brings up video clips which show the events around the headline.
Covering the walls are wonderful photographs of Tel Aviv from its founding in 1909 and through the following decades of the city’s development. These are pictures from family albums, culled from tens of thousands sent in by people who live, or lived, in the city. Also on display is a fabulous collection of colourful tiles taken from floors in Tel Aviv’s earliest houses. 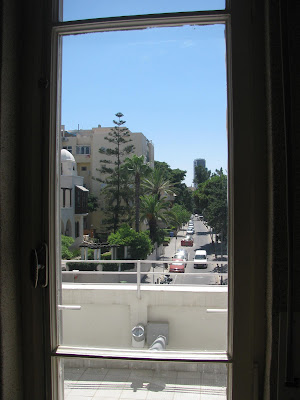 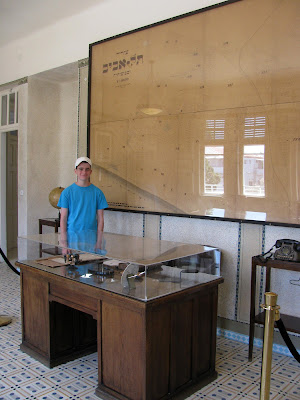 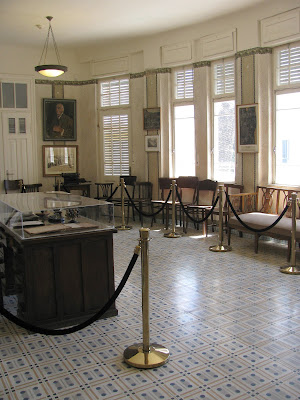 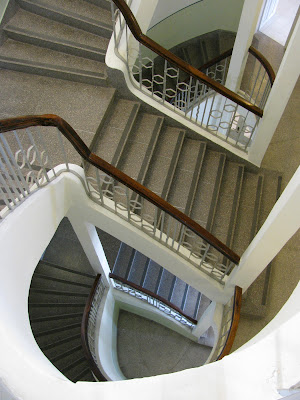 Take the lift – or winding stairs – up to the Dizengoff Room, restored exactly as it was when used as the official office of Tel Aviv’s first mayor. The office is in a lovely room, with a great view of the city. Various artifacts from Dizengoff's office are on display, including the original map of Tel Aviv hanging on a wall. Alongside the reconstructed office is a permanent exhibit about Dizengoff's work, which reflects the exceptional relationship that existed between the city’s first mayor and its residents.
A reading room on the top level of the building provides information about the city, and is designed to serve researchers, artists, students and schoolchildren. The renovated roof terrace offers a spectacular view of the city’s rooftops, whilst the entrance level has been kept for temporary art exhibits, the exhibit "My Shirt is Breathing" showing when we visited.
The architecture of the building alone is worth a visit but the museum was fascinating and proved a really great way to learn the history of Tel Aviv. The time-line application is really a highlight, so allow plenty of time if you decide to visit. 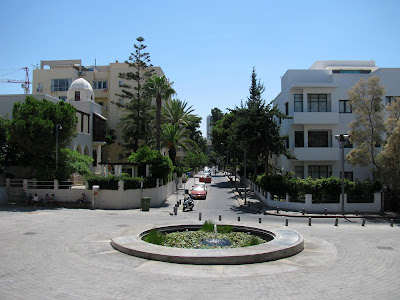 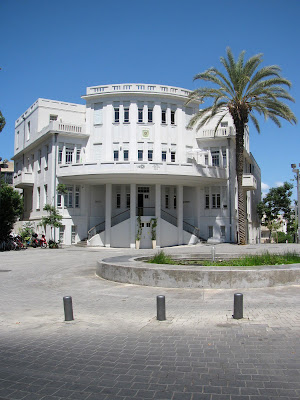 Tel Aviv hosts a collection of 4,000 Bauhaus buildings, for which it is called "The White City." These buildings, including Beit Ha’Ir, Bialik Square and its surrounding buildings,  have been declared a World Cultural Heritage Site by UNESCO. Further down the street from Beit Ha’Ir is the Bialik House, which was unfortunately closed on the day we visited, and another museum, the home of the Israeli artist, Reuven Rubin. His house was built in 1930 and showcases his work on four different floors, his studio being on the third floor. There are also several beautifully restored private homes. Bialik Street, filled with historical buildings in the Bauhaus and the Eclectic architectural styles, is definitely worth a visit. 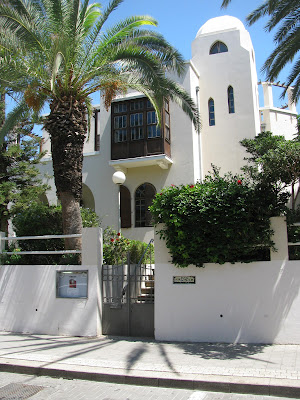 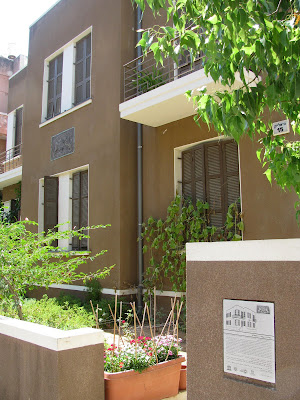 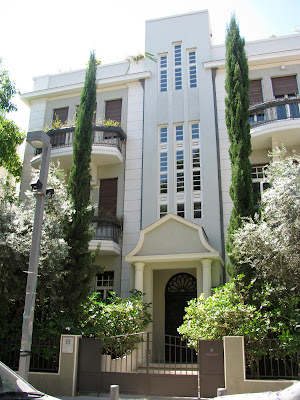 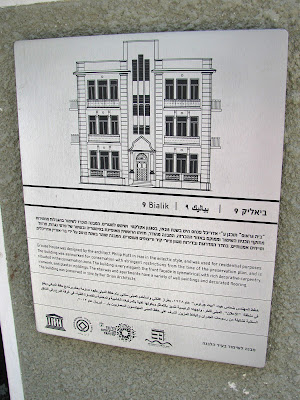 Posted by Handmade in Israel at 08:12

What a wonderful idea for the city to turn the old city hall into museum of the city's history! The architecture is stunning. I love those home around it too. Really unique styles.

A great post, Lisa. Bialik street is one of my favorites in Tel Aviv, with the little museums and big trees.
Amalia
xo

definitely some beautiful buildings. like that staircase view, too.

Wow, I;m glad they renovated this building and it's in use again - it is certainly worth it! And a beautiful entrance last pic) and stair case.
Your blog is very interesting - am inviting you to the meme/challenge started a month ago, called SEASONS- anthing and any experience is great to share as long as it is during your season - so any of these photos are great! The photo link is open Monday to Wednesday till 7pm, US Pacific time. Hope to see you there!