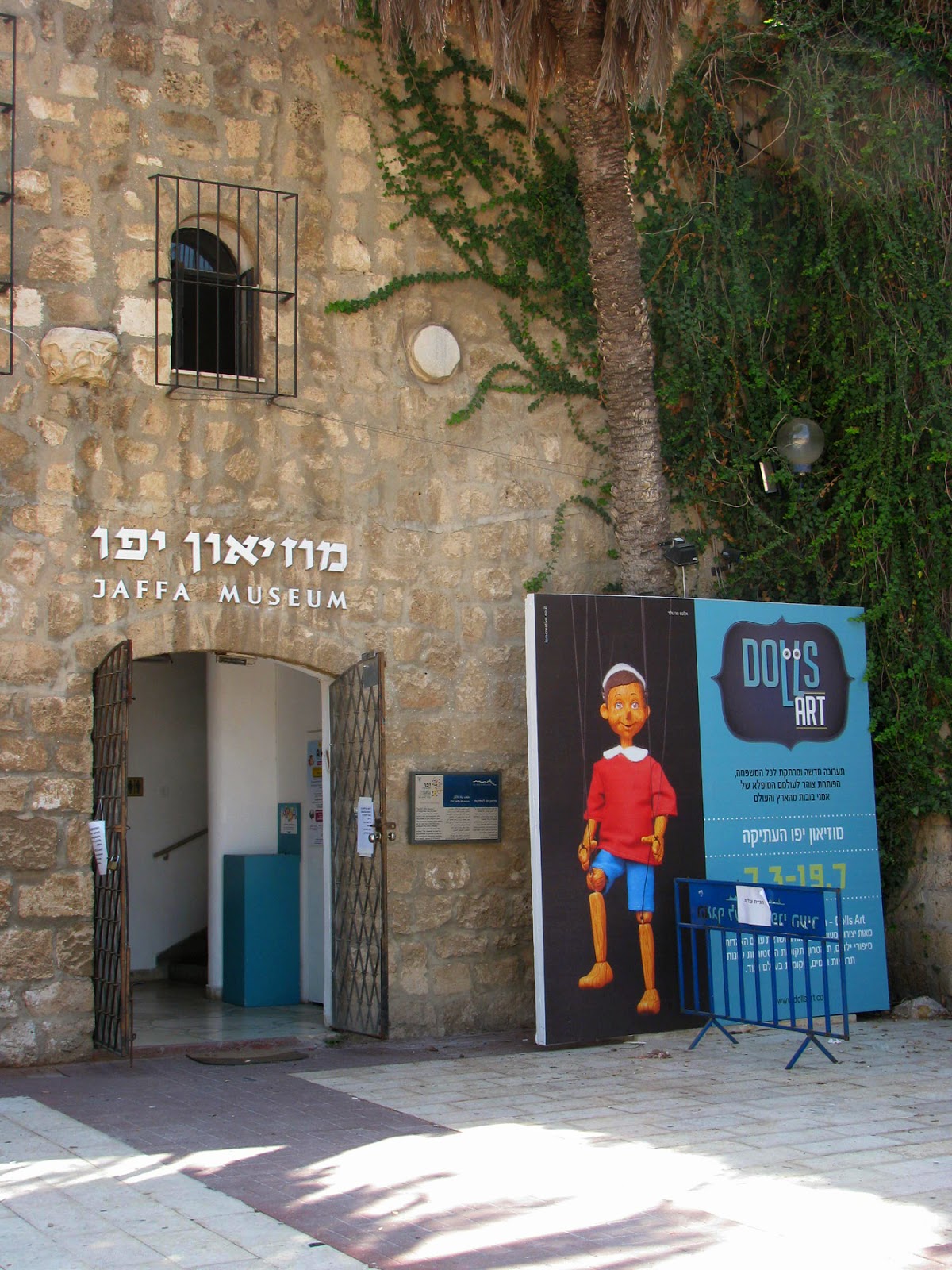 My visit to Dolls Art at the Old Jaffa Museum was squeezed in right at the beginning of the troubles here in Israel. Jaffa has a mixed population of Jews, Christians and Muslims and we feared that there might already be trouble there. Fortunately we were wrong. The day passed peacefully and I am really glad I made it to the exhibition. It featured some incredible dolls inspired by fairy tales, children's stories, theatre, and different historical periods and cultures, all created by contemporary doll artists from Israel and around the world. The collection included classic porcelain dolls, wooden marionettes from puppet theatres, miniature kinetic wooden dolls, illustrated dolls, and dolls inspired by great artists and by different periods and cultures. In addition, the exhibition displayed works of animation, drawing, illustration and photography. 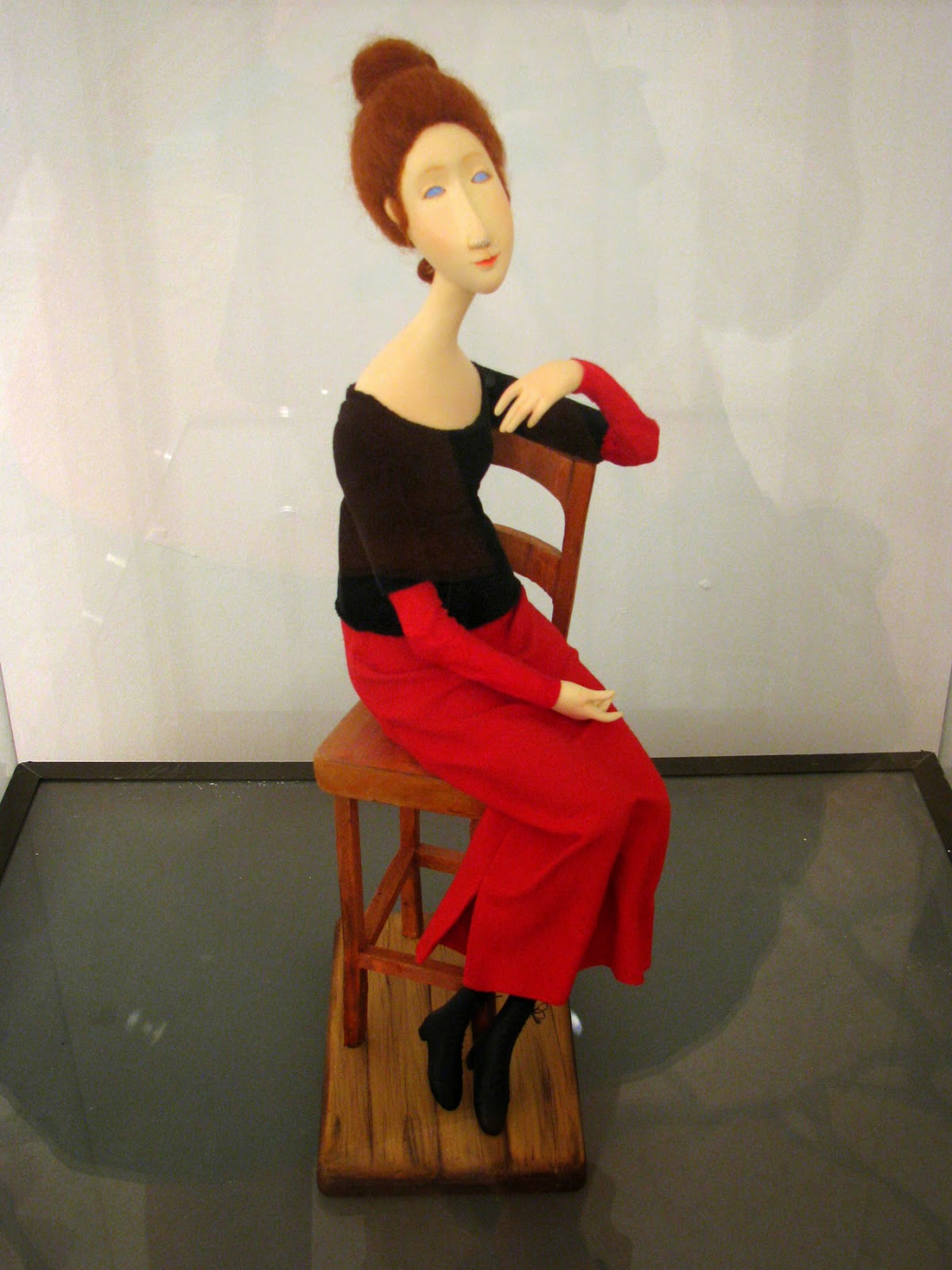 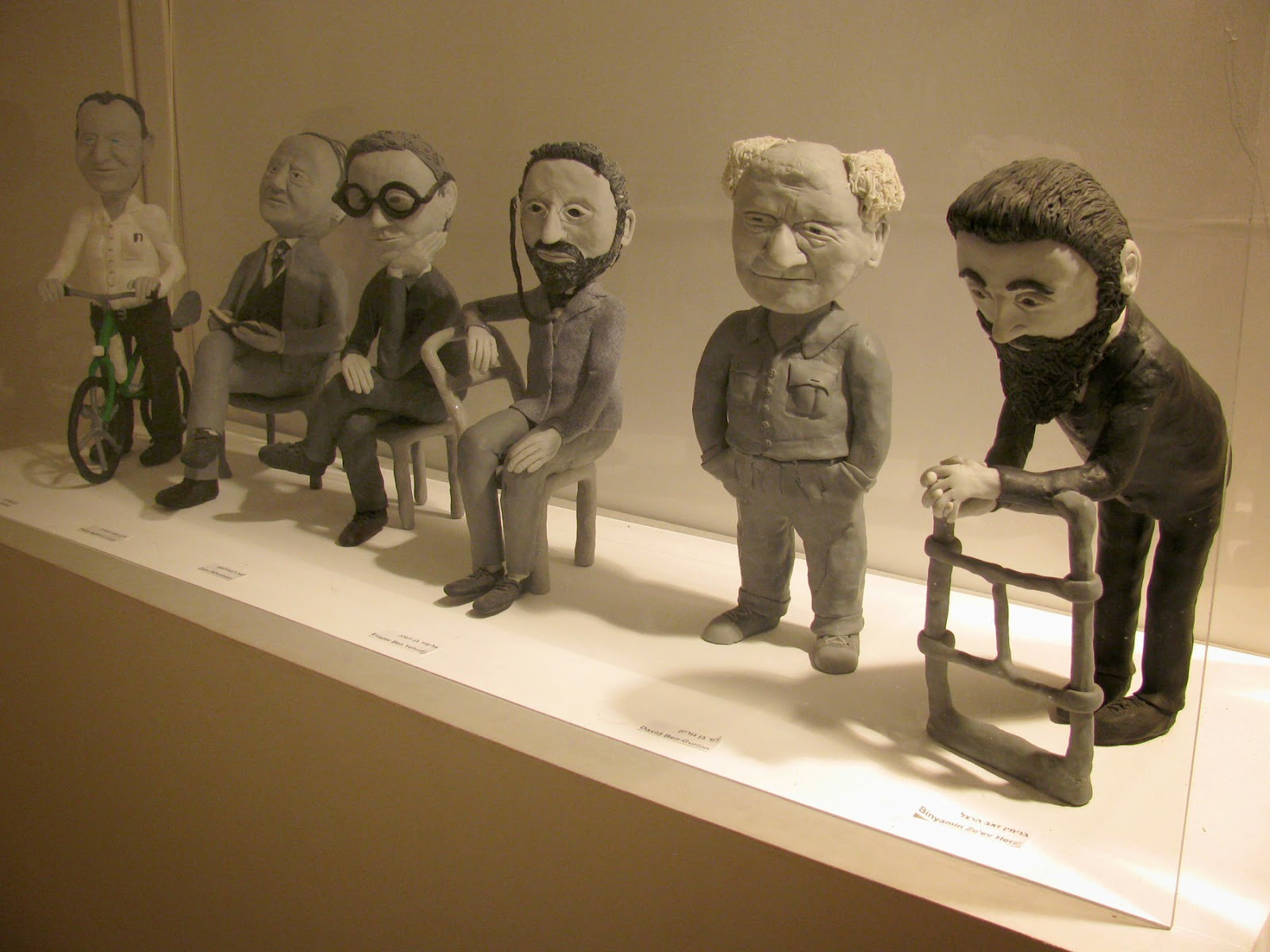 These pieces were not "toys" but rather dolls that were created as an object of figurative art and made to the highest level of craftsmanship. They were conceived, planned and created by artists, graduates of academies and prestigious award winners. Each doll told its own personal story and some were so lifelike that it was tempting to touch them to see if they were real. I did not include these in my photos as there were not my favourites. It was the dolls with their own unique style that appealed to me the most.

For this exhibition, Tami Kasher created a series that depicts famous and influential personalities from Israeli history, above. The sculptures were made from polymer clay and simply oozed personality. 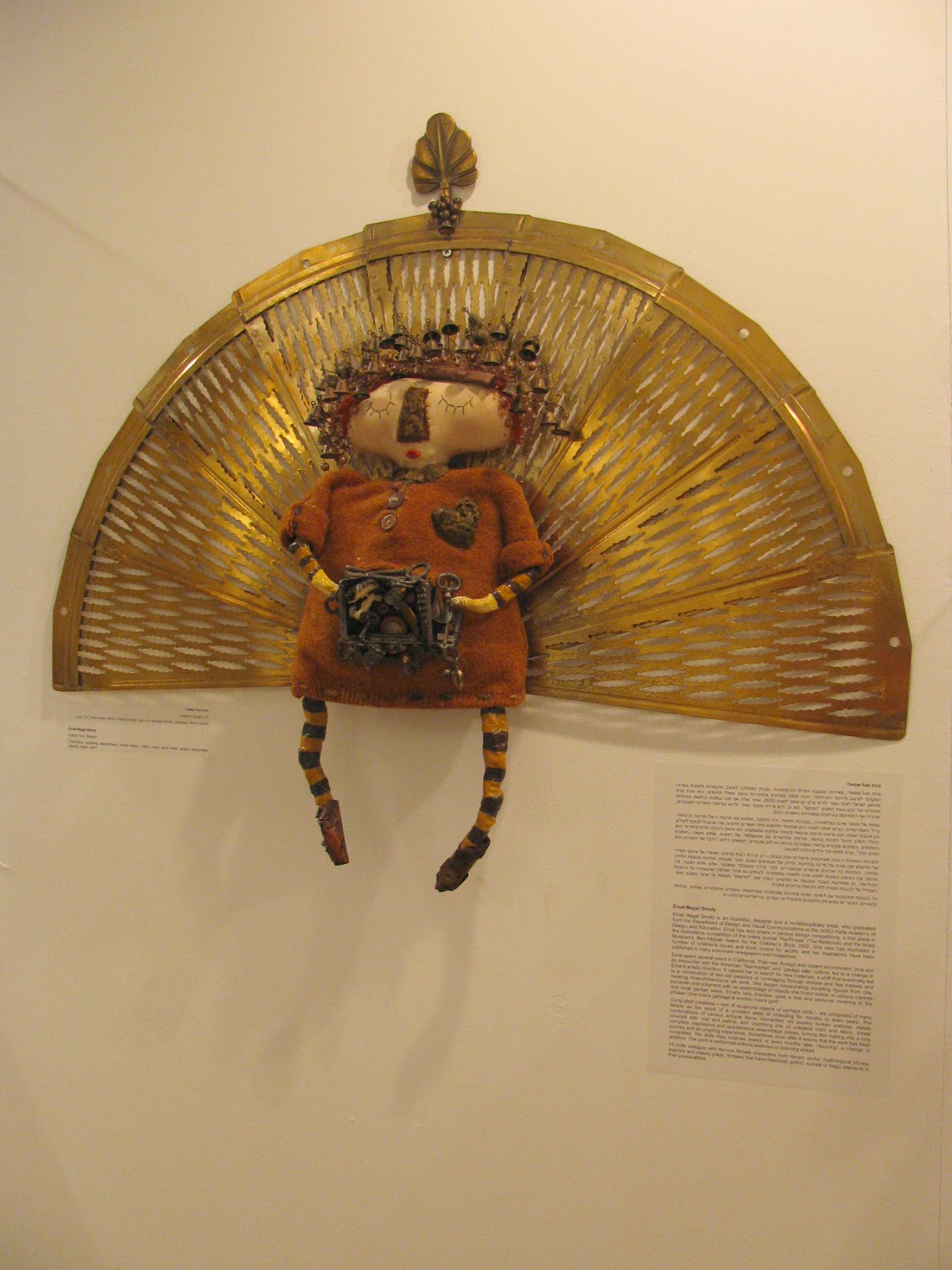 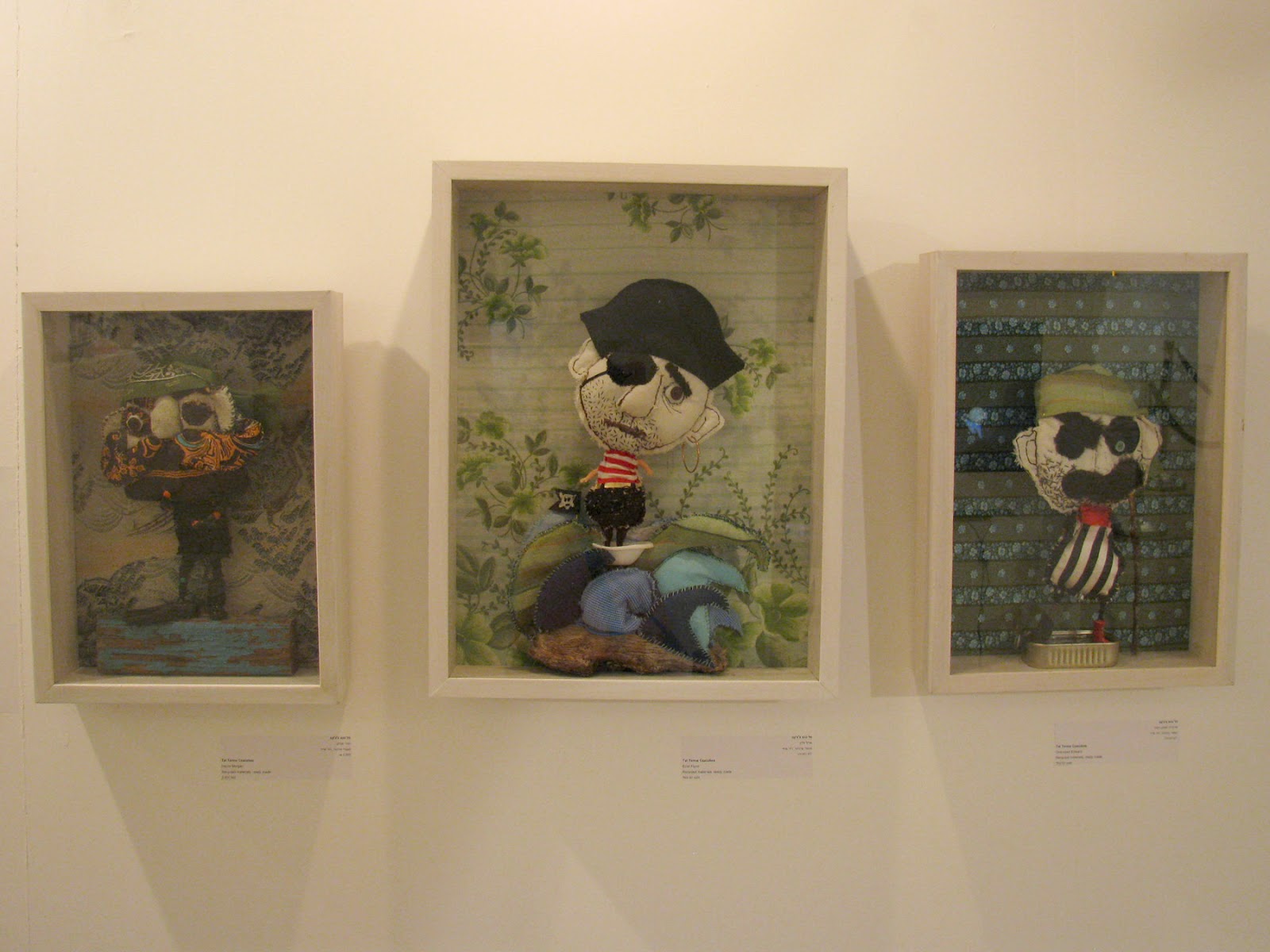 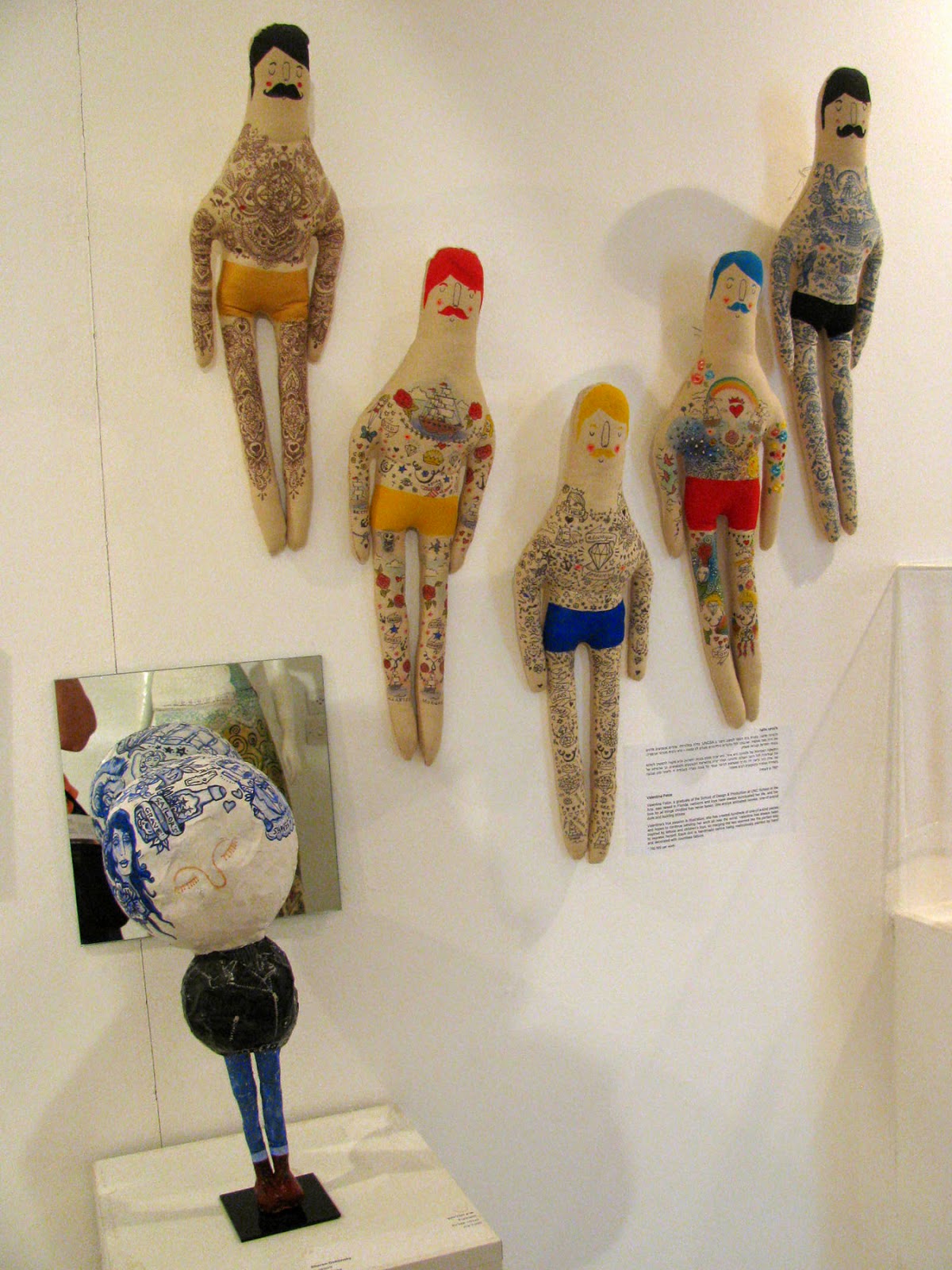 Valentina Felce was raised in Florida. Cartoons and toys have always been part of her life. She is inspired by tattoos and children's toys, her artists note said, so merging the two seemed like the perfect way to express herself. Each of her dolls, above, is handmade before being meticulously painted by hand and decorated with countless tattoos. I loved them! 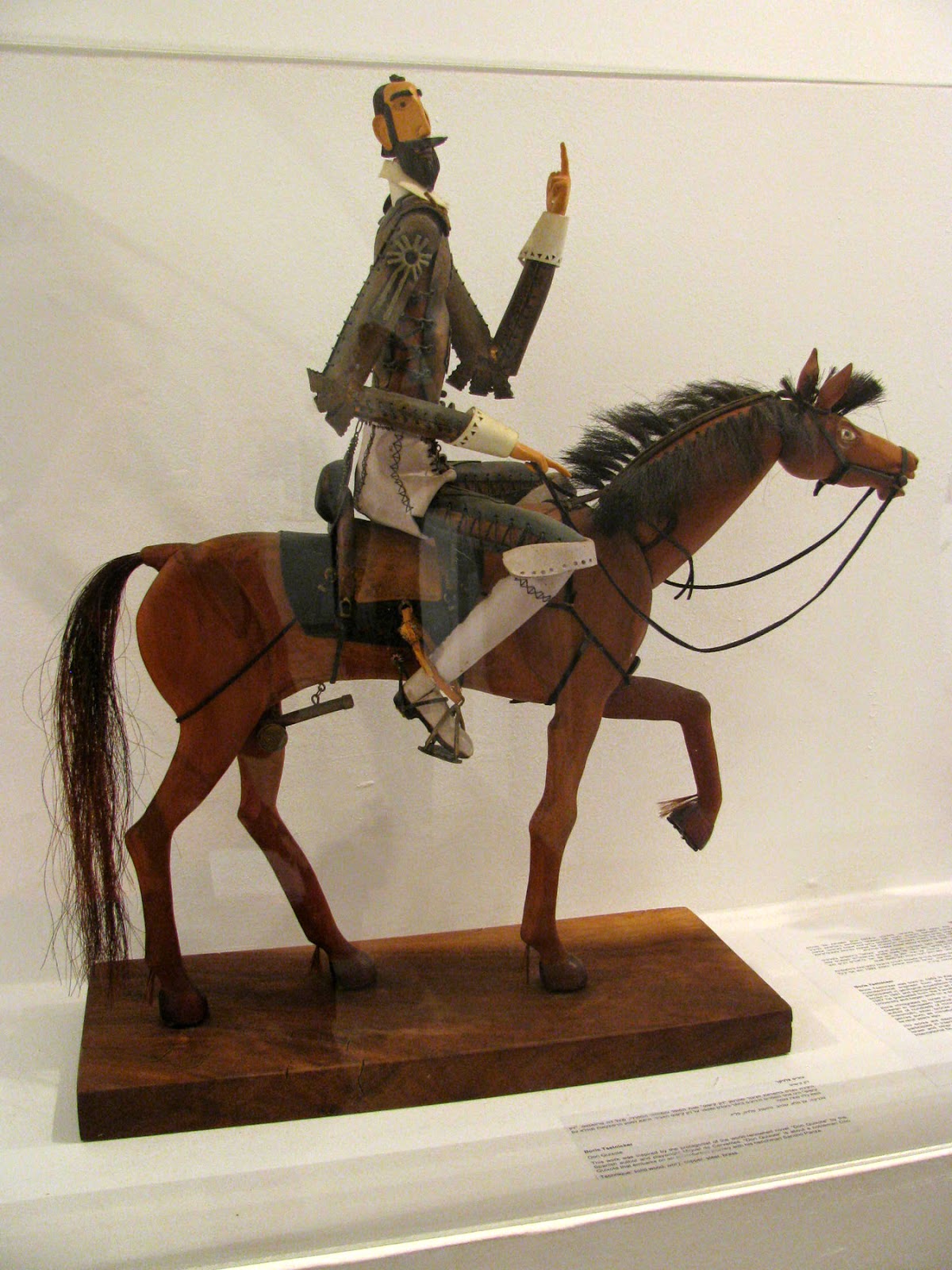 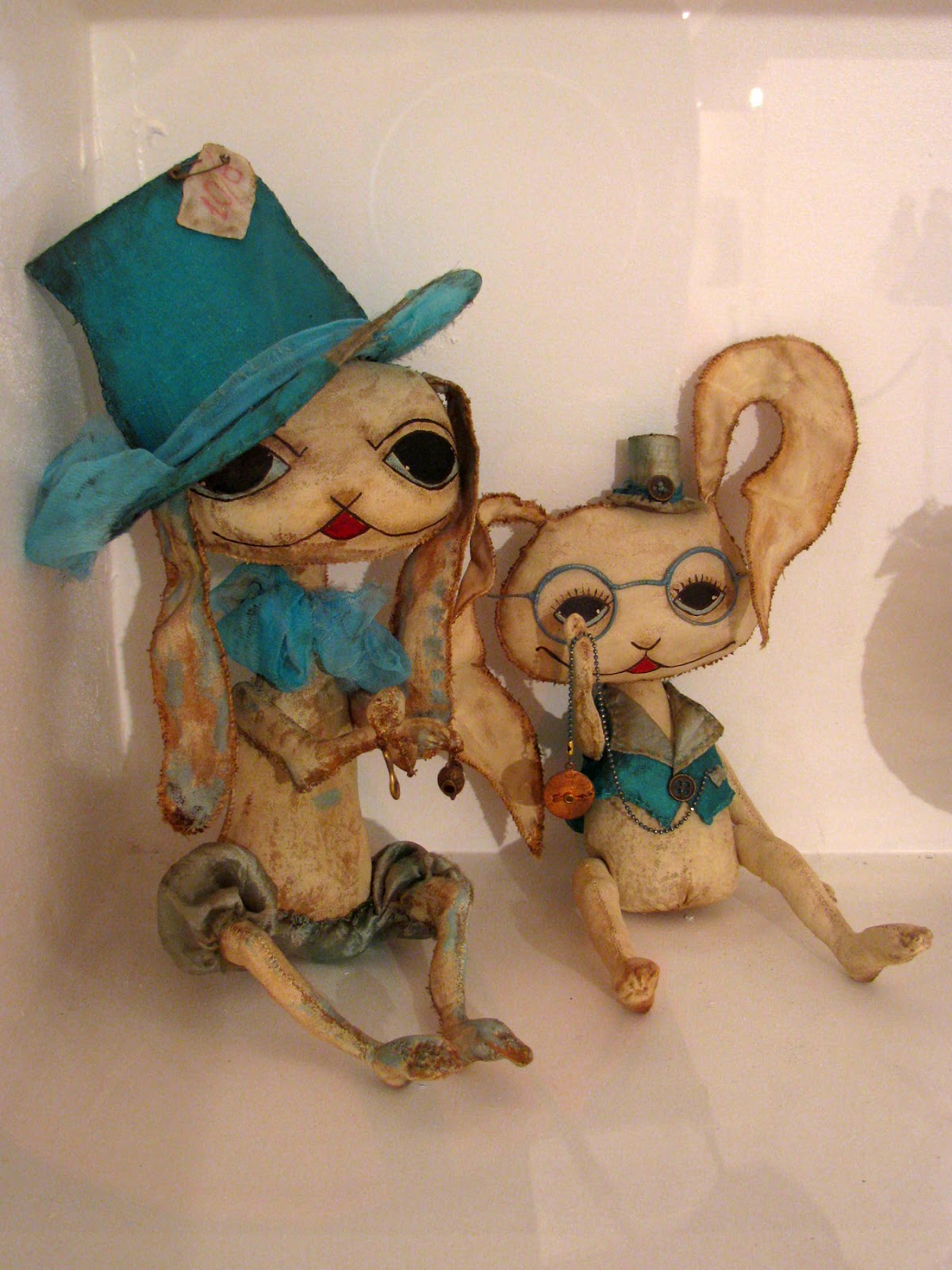 There were some dolls in the exhibition which had incredible stories behind them. The doll maker Magda Watts is 85 years old. She was born in a small town in Hungary and at the age of 15 was deported with her family to Auschwitz. Magda and one of her sisters survived seven months of horror at the camp and were then sent to Nuremberg to a forced labour camp. To keep herself occupied there, she looked for rags and bits of wire and made a small doll out of them. A German woman at the camp saw the doll and liked it. She offered Magda food if she would make her another doll. This was the beginning of Magda's doll making career and soon, when news of her talent spread, other Germans started bringing her the nicest materials to make dolls for them.
Magda managed to save her sister and some of her friends' lives with the food she earned from trading her dolls. Today her dolls can be found in museums, galleries and private collections all over the world and I was honoured to be able to see some of her work. 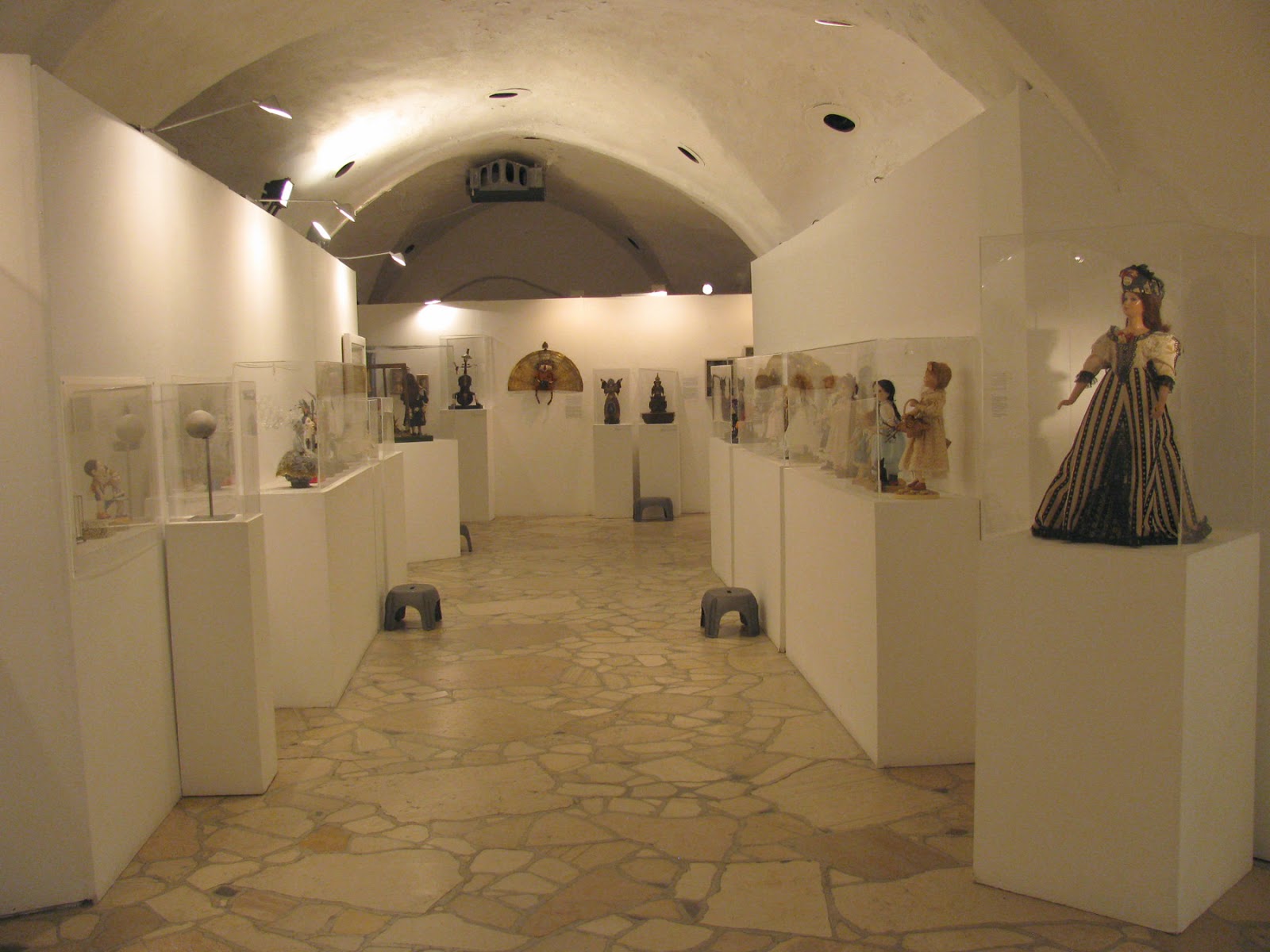 The Old Jaffa Museum is located in the "Ancient Saraya", an Ottoman house with both historical and architectural importance. The Ottoman complex, with its beautiful curved ceilings, was built on top of Crusader fortress remains. It was rebuilt in the 17th century and was most probably used for lodging. In 1811 the complex was turned into a Government House. Alongside the government quarter, there was a big gate, a well, a prison, a post office, a bath-house, a mosque, and an unroofed court.
With Jaffa's growth and the governments transfer into a new building, the house returned to the Demyani family, a well known Arabic Greek-Orthodox family that traditionally served as mediators between the Christians and the local Ottoman regime in Jaffa. Alongside the family quarter, they founded a soap factory. During the War of Independence in 1948, the complex was abandoned. It later become part of the Tel Aviv Municipal estate and was defined as a historical preservation site. The museum was founded in 1960 by Dr. Jacob Kaplan, the municipal archaeologist for Tel Aviv-Jaffa, who led excavations in Jaffa and the surrounding area.

* Update. Last night there were protests in Jaffa. Police were on the scene to prevent confrontation. What a sad world we live in. Here's to a peaceful tomorrow.
Posted by Handmade in Israel at 08:00

So glad you had a chance to see the exhibit, Lisa. Magda's story is both fascinating and heartbreaking - just found a portion of the documentary about her life on youtube after visiting your site. I've been thinking of you and your family these past weeks - stay safe.

I would love this exhibit! The dolls look incredible. I'm glad you were able to enjoy this without any strife. It is so scary hearing about the troubles in your part of the world. Violence is sad and doesn't solve problems.

Looks like an amazing exhibition. Magda's story is very moving - what a wonderful opportunity to see her work.

Thinking of you and hope you stay safe.