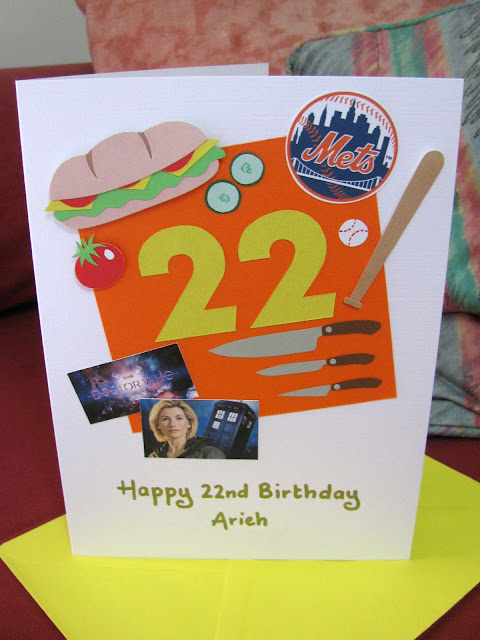 Arieh's mum asked me to make a card for her son's 22nd birthday. Last year it was all about hamburgers, beer and pizza, but this year she asked for the theme of the card to be cooking, since her son likes to make fancy baguette sandwiches and was receiving a set of good kitchen knives as a birthday present. He is also into the British science fiction television programme Dr. Who and supports the American professional baseball team the Mets, so I included their logo and a baseball bat and ball on the card as well.
"Another stunning piece of artwork! Thank you." Arieh's dad wrote to me. 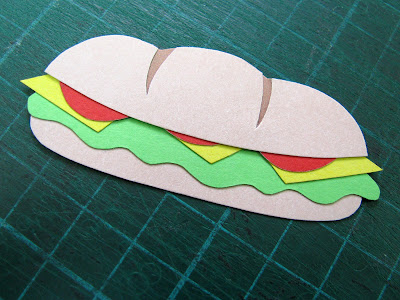 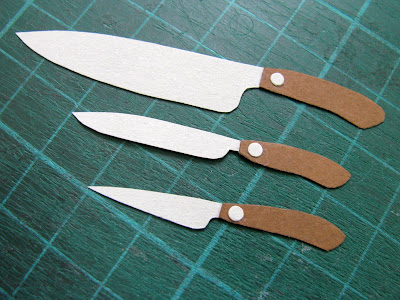 Emily's auntie sent me a photo of her niece wearing a very specific black crossbody bag and asked me to make a card showing her wearing it. I love getting every little detail just right on my cards so when I noticed that Emily, who was also turning 22, was wearing a letter "E" initial necklace, I included that as well.
"I was just posting Emily's card and I noticed the "E" on her necklace. Your attention to detail is amazing." my customer wrote to me. She then added "Love the card. Thanks so much. The bag is absolutely perfect." 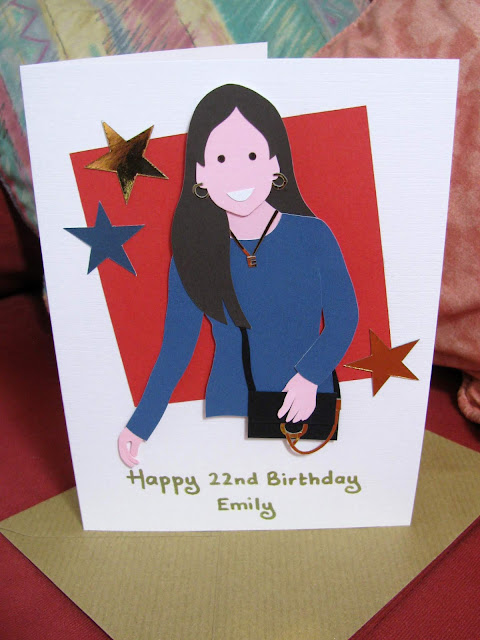 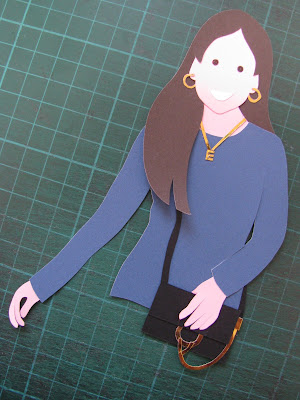 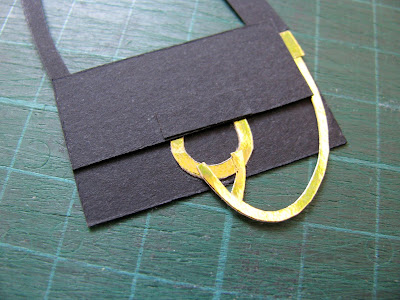 Whilst we are on the subject of cooking in this post, I recently made my boys one of their favourite meals, Shakshouka. An Israeli favourite, it is a dish of eggs poached in a sauce of tomatoes, chili peppers and onions, commonly spiced with cumin, paprika, cayenne pepper and nutmeg. Although the dish has existed in Mediterranean and Middle Eastern regions, its more recent egg and vegetable-based form originated in Tunisia.
The word "Shakshouka" means "a mixture" in Arabic slang. The word is derived from the Arabic verb shakka, meaning "stick together, clump together, adhere or cohere". My efforts, using this recipe, were very well received and quickly devoured. It's a healthy dish that is easy to make, looks good and tastes delicious! 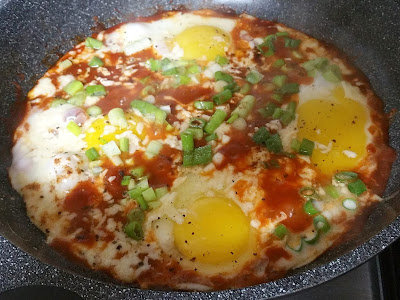 * This post has been shared on Make It Pretty Monday, Inspire Me Tuesday, The Keeping It Real Link Up, The Happy Now Blog Link-Up, The Homemaking Party, {wow me} wednesday, Wordless Wednesday Link Up, Wonderful Wednesday Blog Hop, Little Things Thursday and Creatively Crafty Link Party.
Posted by Handmade in Israel at 08:01

Ooh, I love shakshouka, but as I don't know if we are going to be replacing our hens and we don't eat any other eggs, I'll just have to enjoy the photo of yours! The first card made me smile as we bought my daughter, E, a Japanese knife as one of her 21st birthday presents. I have to say that, even though I know you are less likely to cut yourself with a sharp knife, I do worry for her fingers! Lovely cards as usual. xx

I love the way you use a colorful background to make your people pop on the cards. I had to laugh about shakshouka as I like it too! I posted a recipe for it last year!

Great card! You truly are an artist!

The cards are adorable! This dish looks delicious and easy. I love foods with a variety of tasty spices.

The Shakshouka looks absolutely delicious. Thank you for sharing the recipe! I am an egg lover.

I totally agree, your attention to detail is amazing! Definitely the best handmade personalised cards I have seen ;)

Thanks for sharing with #MMBC. x

I love the cards you make, so much thought and effort goes into them #keepingitreal

fabulous cards as usual, I so wish I had your talent. I like to make cards, but I am nowhere near as imaginative and creative as you. (I have to follow step by step instructions!) I've not heard of shakshouka but it sounds like something I would like.
#keepingitreal

Hi Lisa, not only is your attention to detail impressive but the way you replicate it is amazing! I do a similar tomato and egg dish with feta and always thought it was a Greek thing, but now I know. I do like the sound of adding a bit of chilli to spice it up.

Thank you for linking up with #keepingitreal.