May we only meet on birthdays! 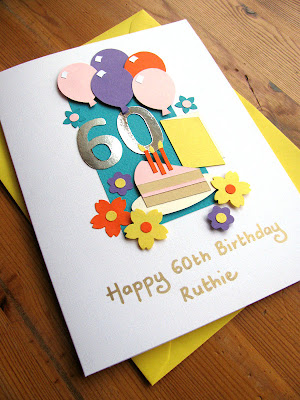 I have had a whole load of album orders recently but don't want to show any of them here till the dates of the various Bar and Bat Mitzvah celebrations have passed. Look out for them in June and July! I am able to show you a bunch of birthday and anniversary cards I have made though, since all these special occasions have already been and gone. I was asked to create, from the top, a pretty card for a sister's 60th birthday; a golf themed card for a passionate player; balloons for a 40th birthday; and a bouquet of flowers for a friend's anniversary.
It is customary amongst Jewish people when saying goodbye to each other after a happy event to say Rak B'smachot (Only on joyous occasions). It refers to our wish to be able to see our family and friends only at celebrations. That saying seems an appropriate way to close this post. May we only meet on birthdays! 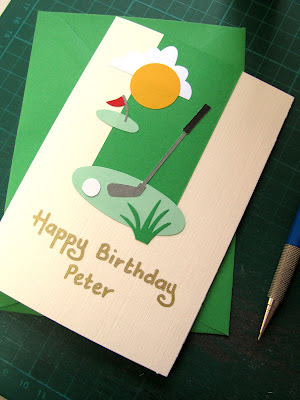 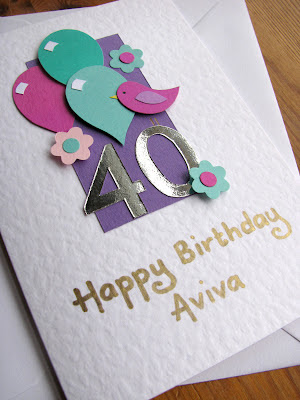 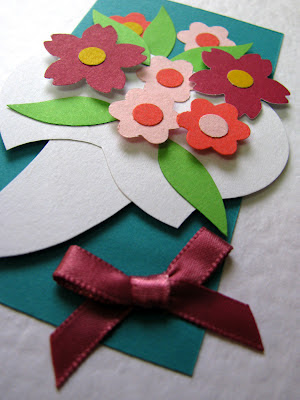 Posted by Handmade in Israel at 11:30

They are beautiful, once again, attention to detail is what i love...

Nice work Lisa! I love the balloons and flowers. Very sweet and fun!