Festival of Light in Jerusalem 2014 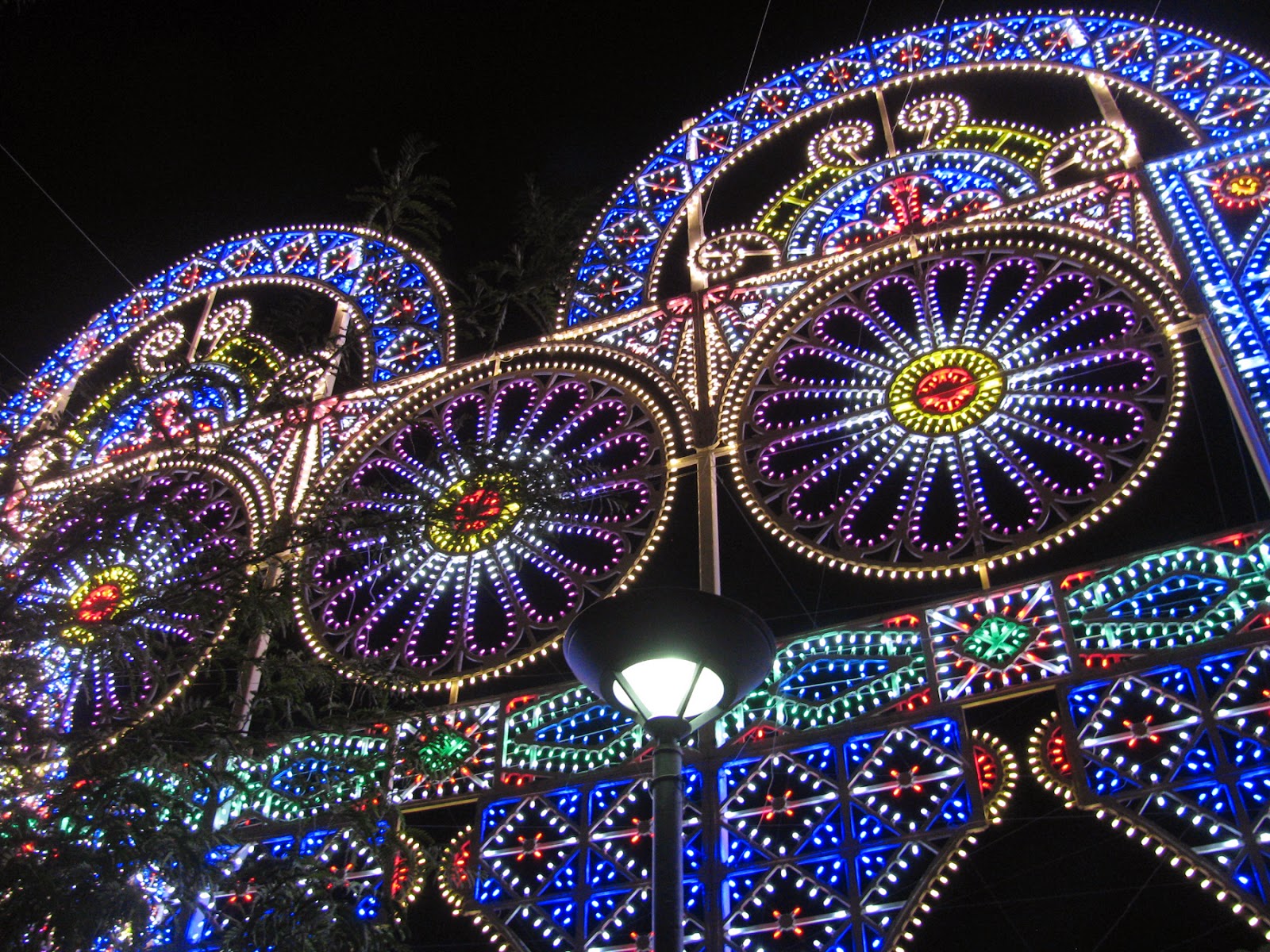 The Festival of Light in Jerusalem is an annual event in which the Old City of Jerusalem is brought to light with colourful installations from international and local artists. We last visited it two years ago and had a wonderful time. This year it was perhaps even better!

The festival attracts hundreds of thousands of visitors from Israel and abroad who stroll through the picturesque lanes of Jerusalem’s Old City, taking in the dramatic lighting on the ancient city walls. This year four routes were offered, each clearly marked by a different coloured light. The routes took us from one art installation to another and of course we I had to see them all (just about manageable in one evening) before the lights were switched off at 11pm. 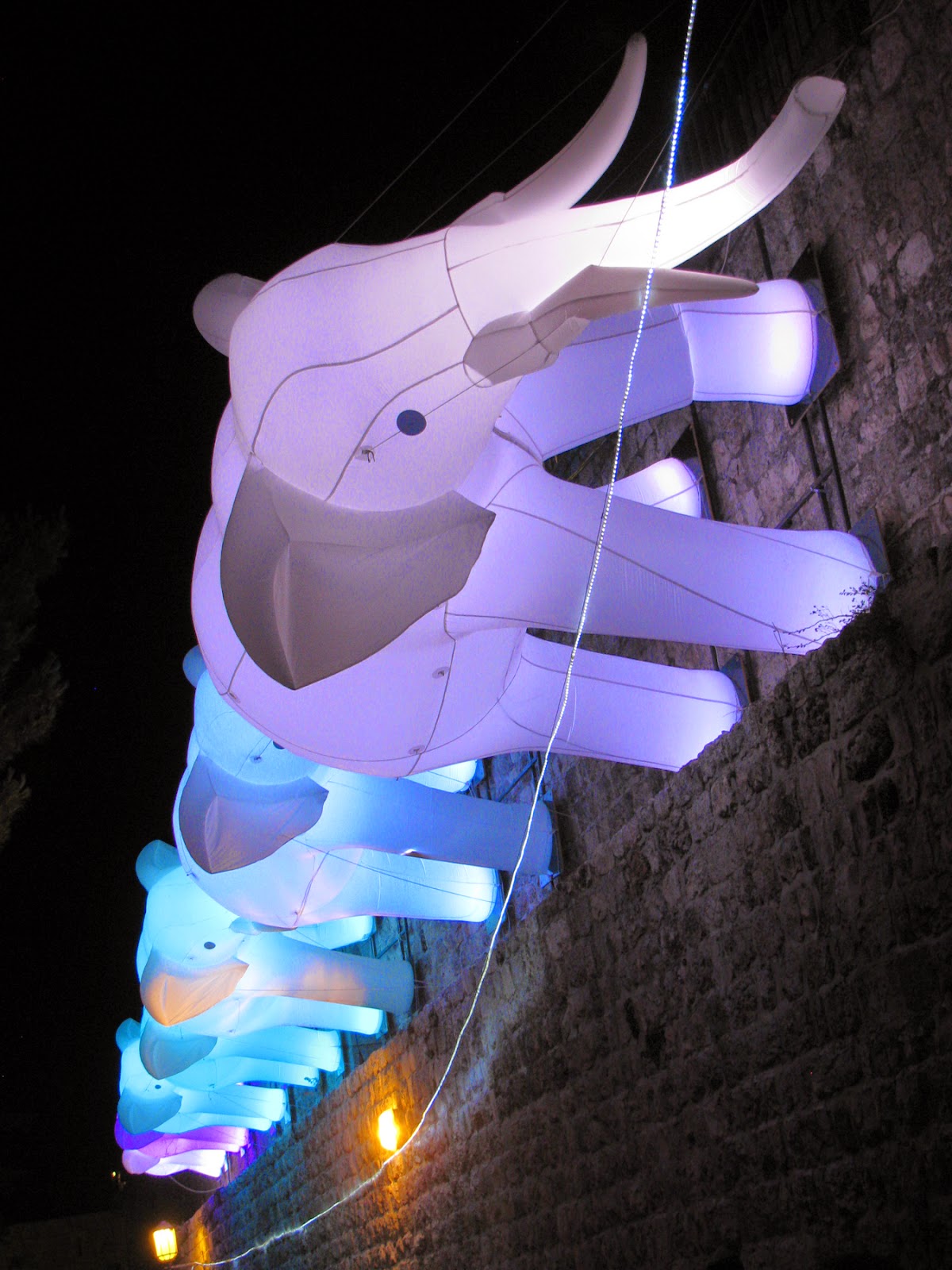 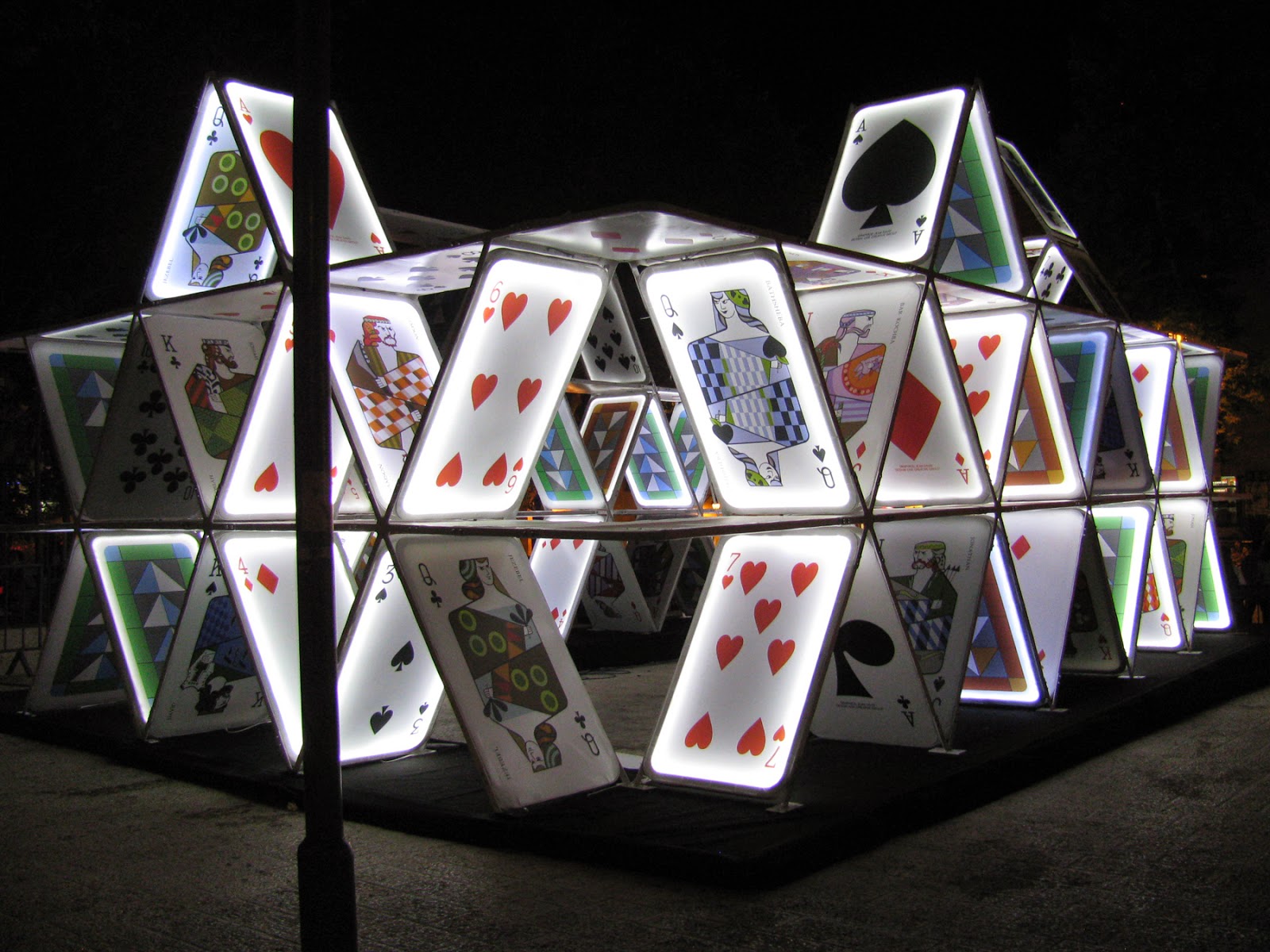 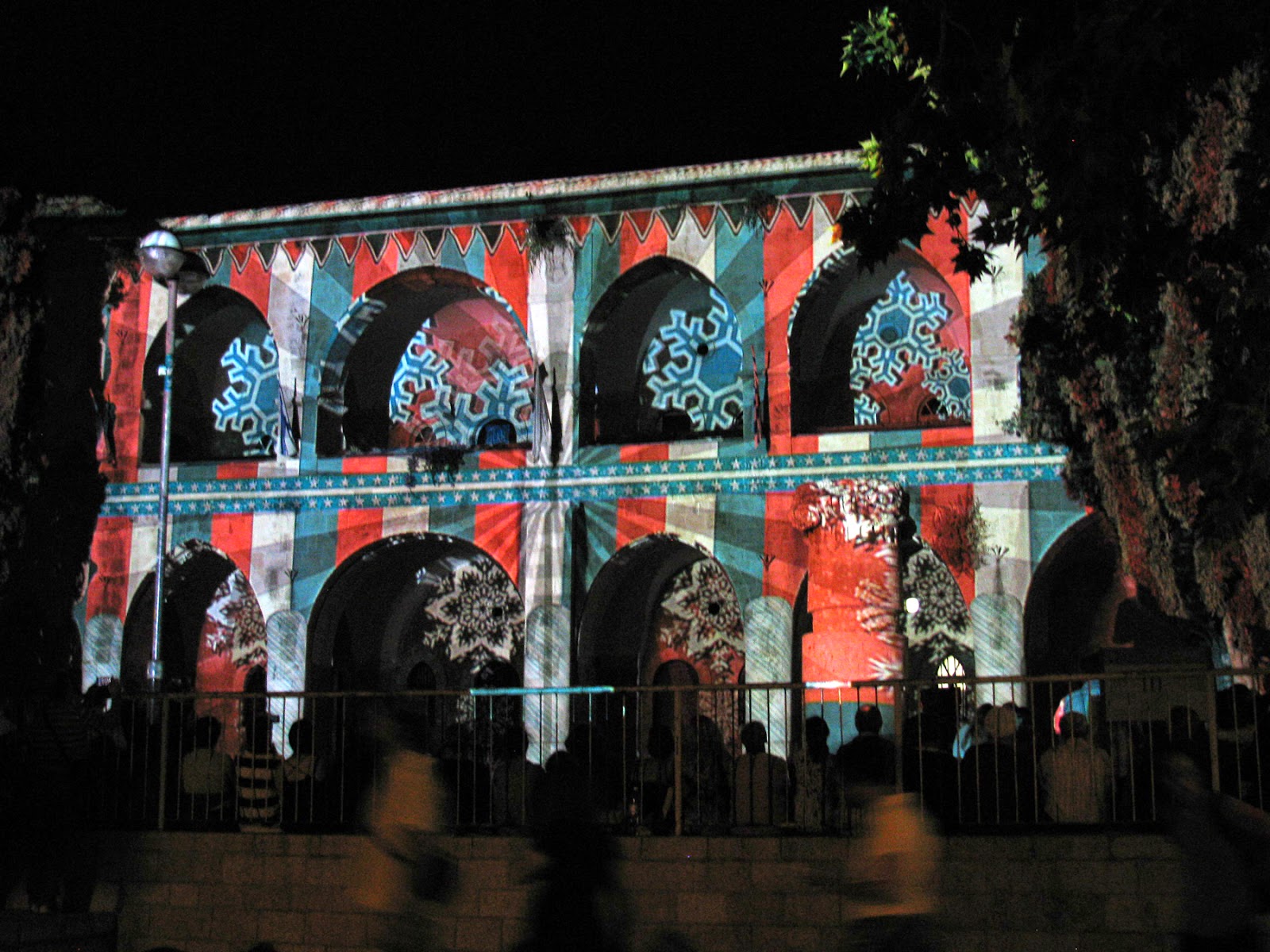 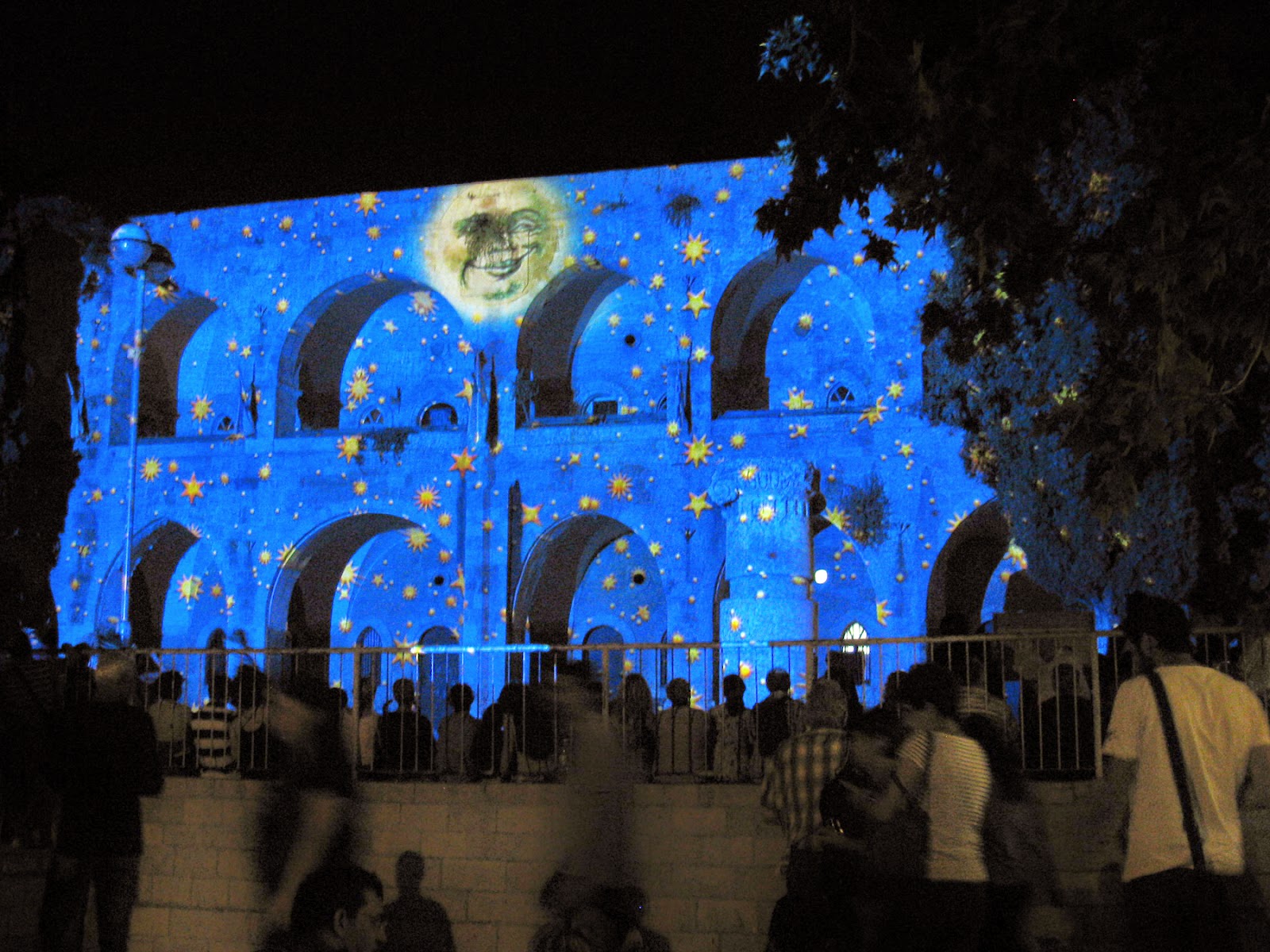 This year's artworks included three-dimensional displays, video projections on the Old City walls and sound-and-light shows. There was at least one interactive display that invited people to be not only spectators but to participate as well. Highlights for me included "The Garden of Dreams", outside Jaffa Gate, by Luminarie De Cagne, an Italian family of lighting artists. They created a fantastic floral paradise with thousands of LED lamps chained into curtains of light and mounted onto a wooden structure. The illuminated Damascus Gate, where the 6 minute light show uncovered layer upon layer of mysterious images, was probably my absolute favourite, but of course who couldn't love the Israeli "Elephant Caravan" slowly plodding along the Old City walls? 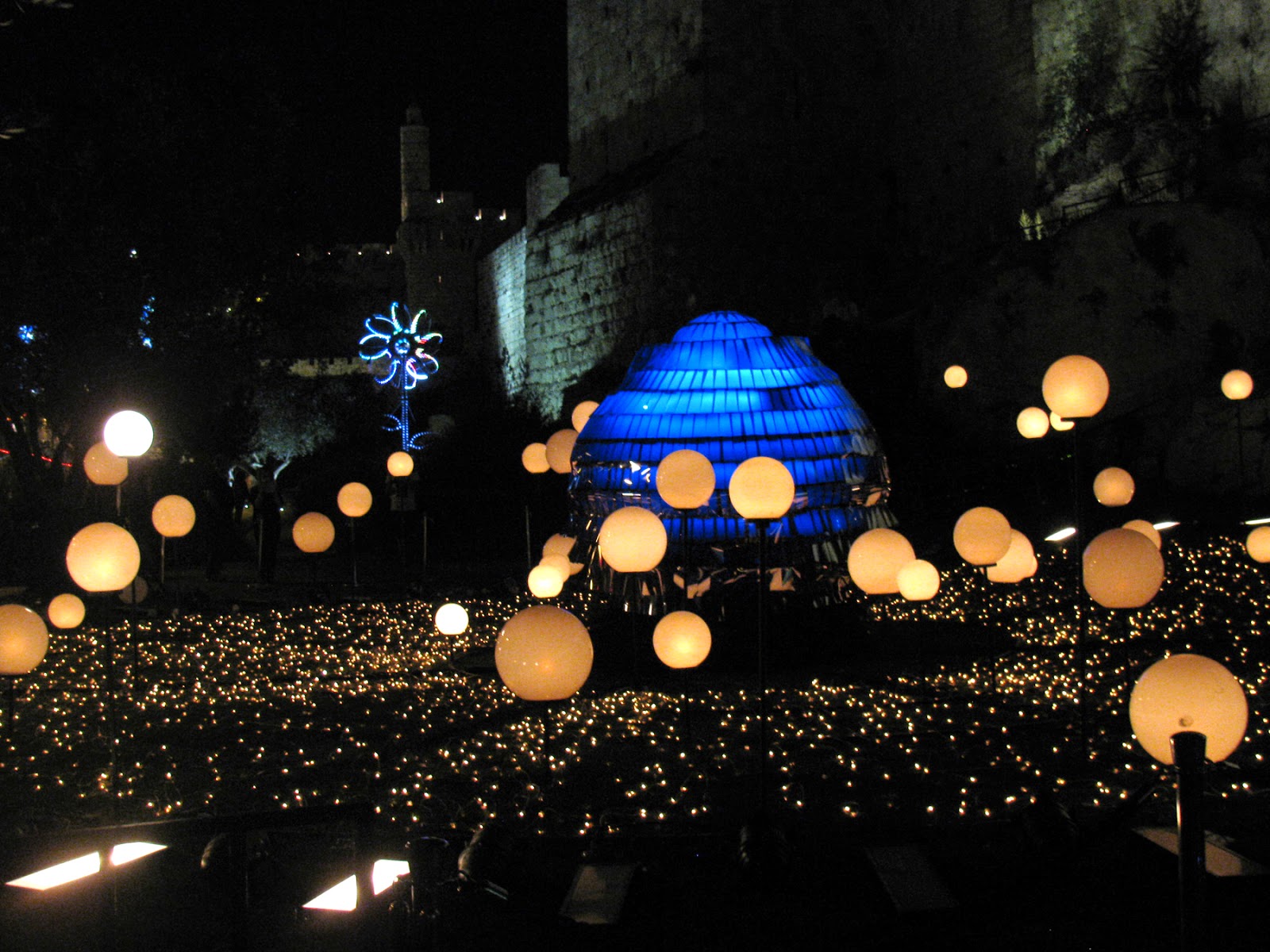 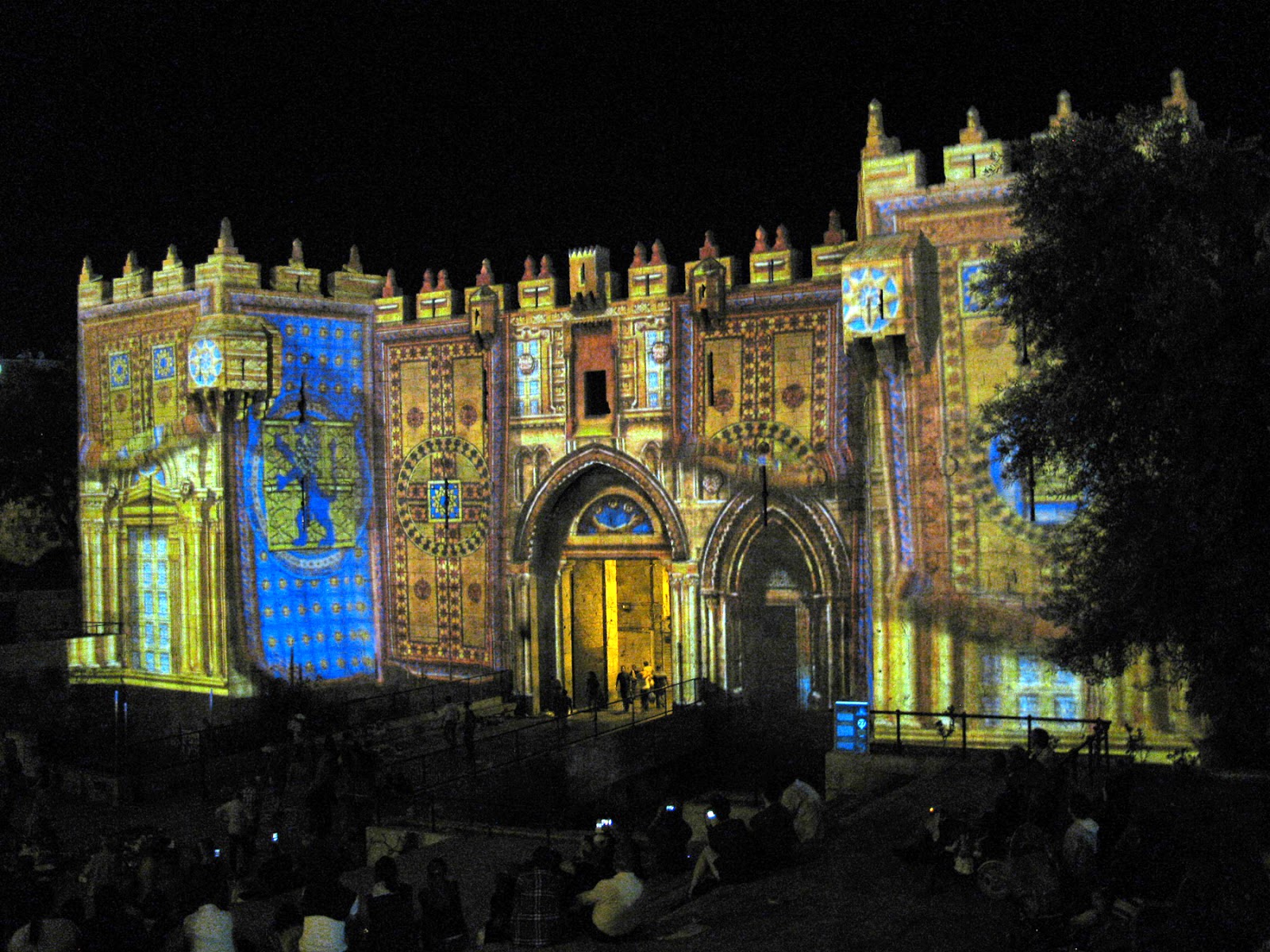 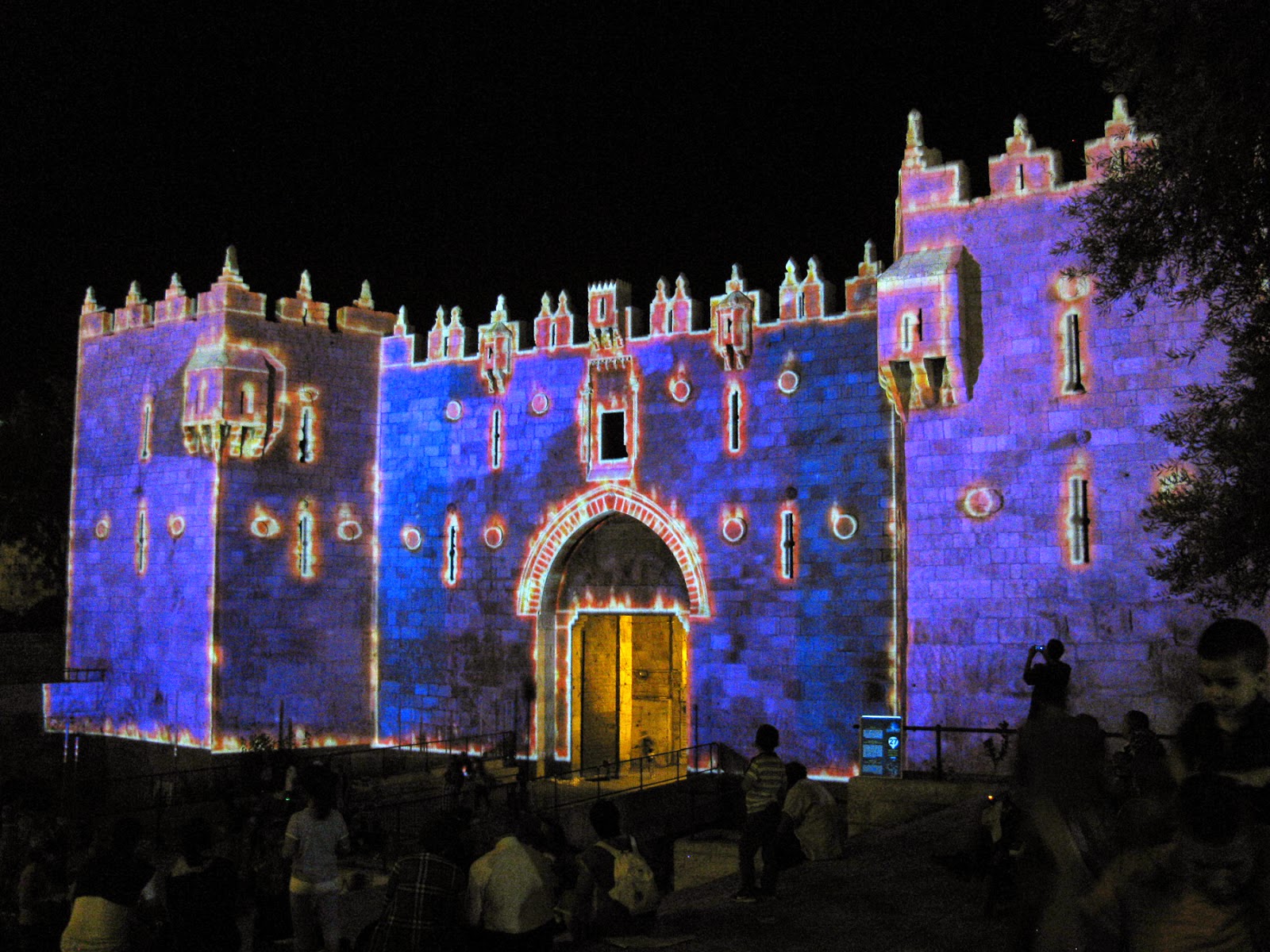 At Hurva Square, the heart of the Old City, sat the "House of Cards" by the Israeli O*GE Creative Group. Central biblical characters were featured on the deck of cards, giving meaning and power to the display. The Portuguese "Jerusalem Circus of Light" in Batei Machaseh Square also deserves a mention, as does the beautiful "Cloud" on Maronite Convent Street in the Christian Quarter. I could go on and on.
There’s simply nothing quite like strolling through the Old City lanes and coming across some amazing light art! I'll definitely be going back for more next year. 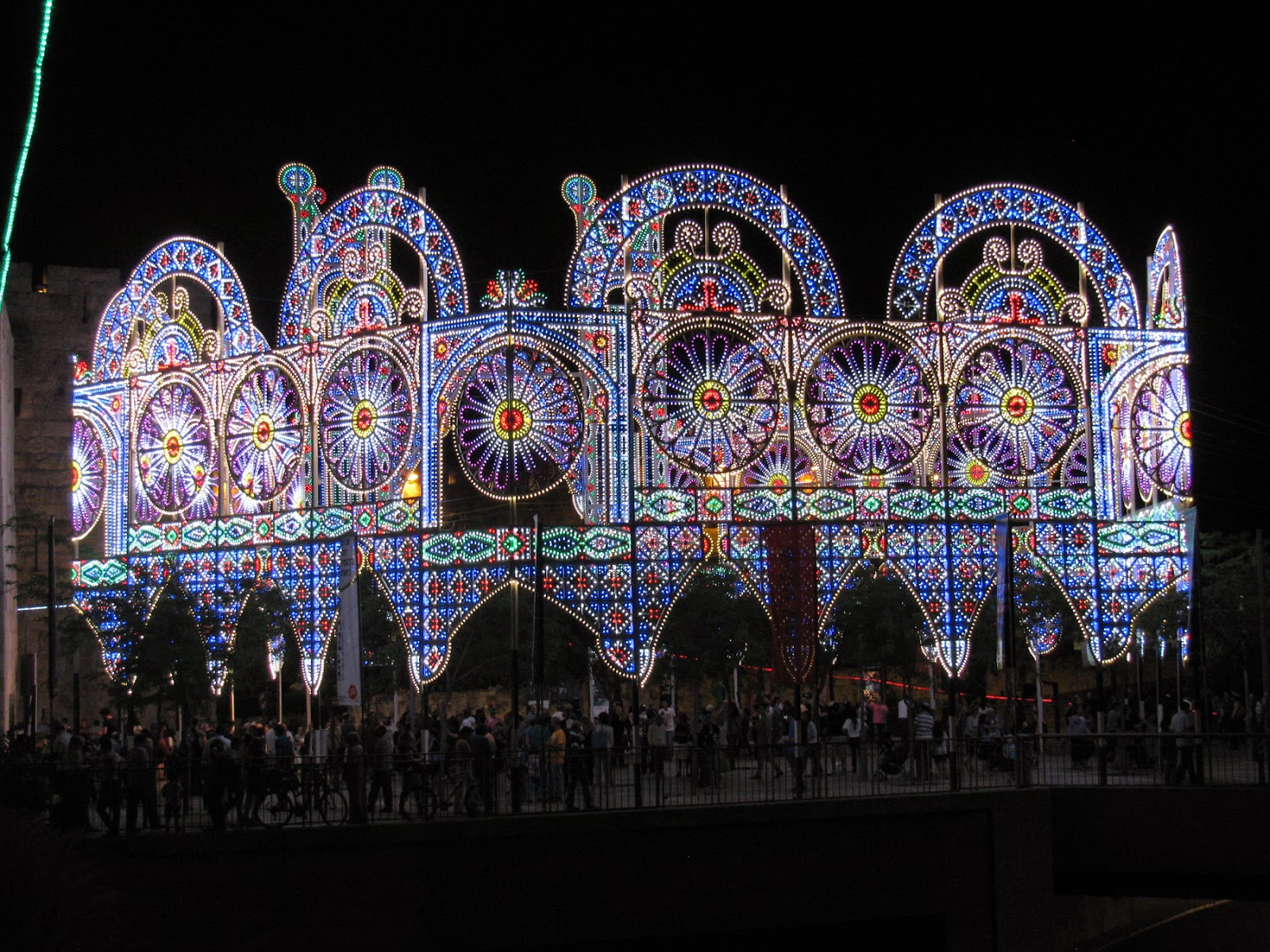 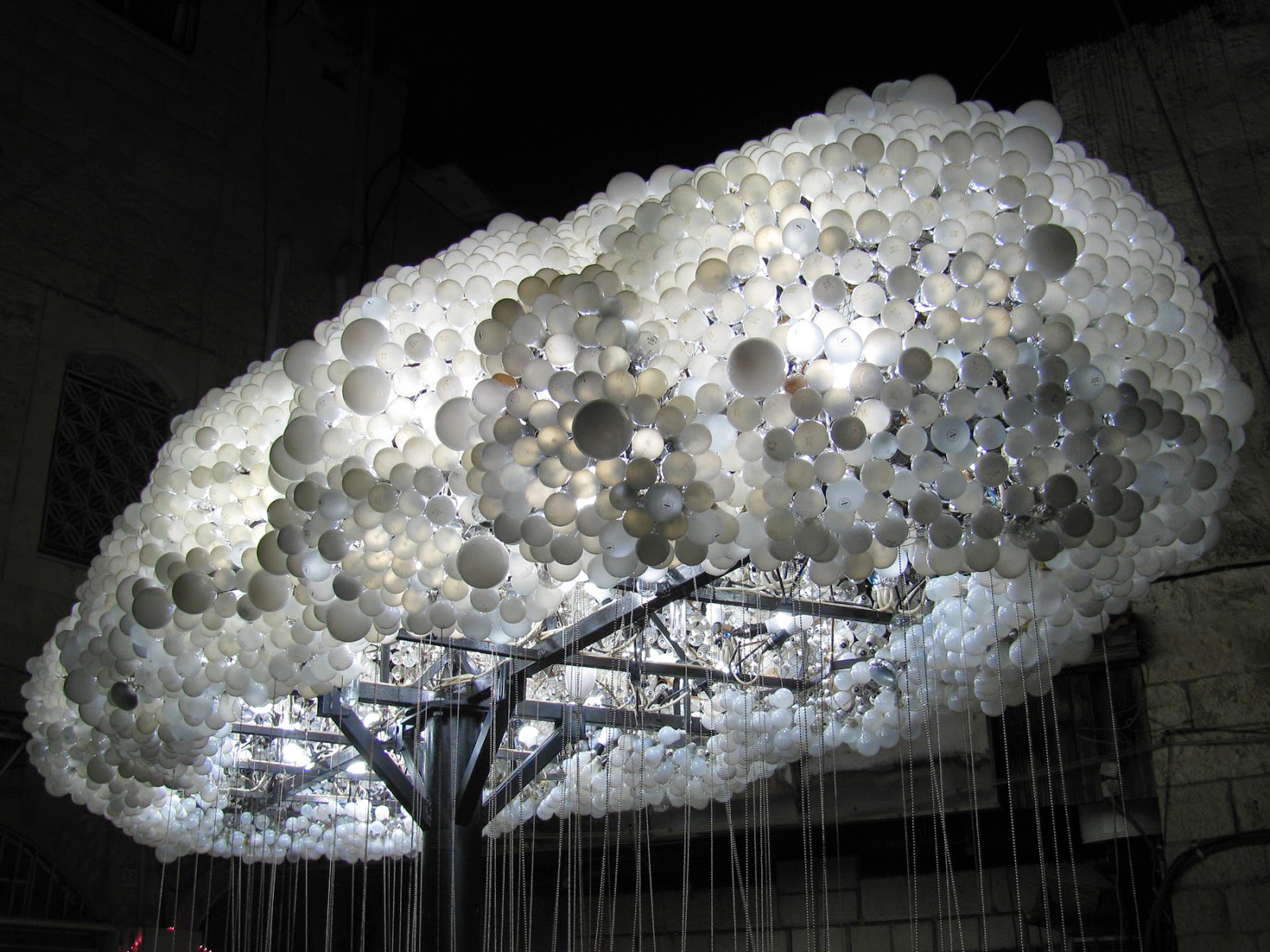 Posted by Handmade in Israel at 08:00

This looks so magical! I imagine it is equally enjoyable for children as it is for adults. The elephants are adorable!

Wow, Wow, Wow! Just called my husband to come and look at your photos too! We were entertained by the light show at The Tower of David when we were there a couple of years ago.