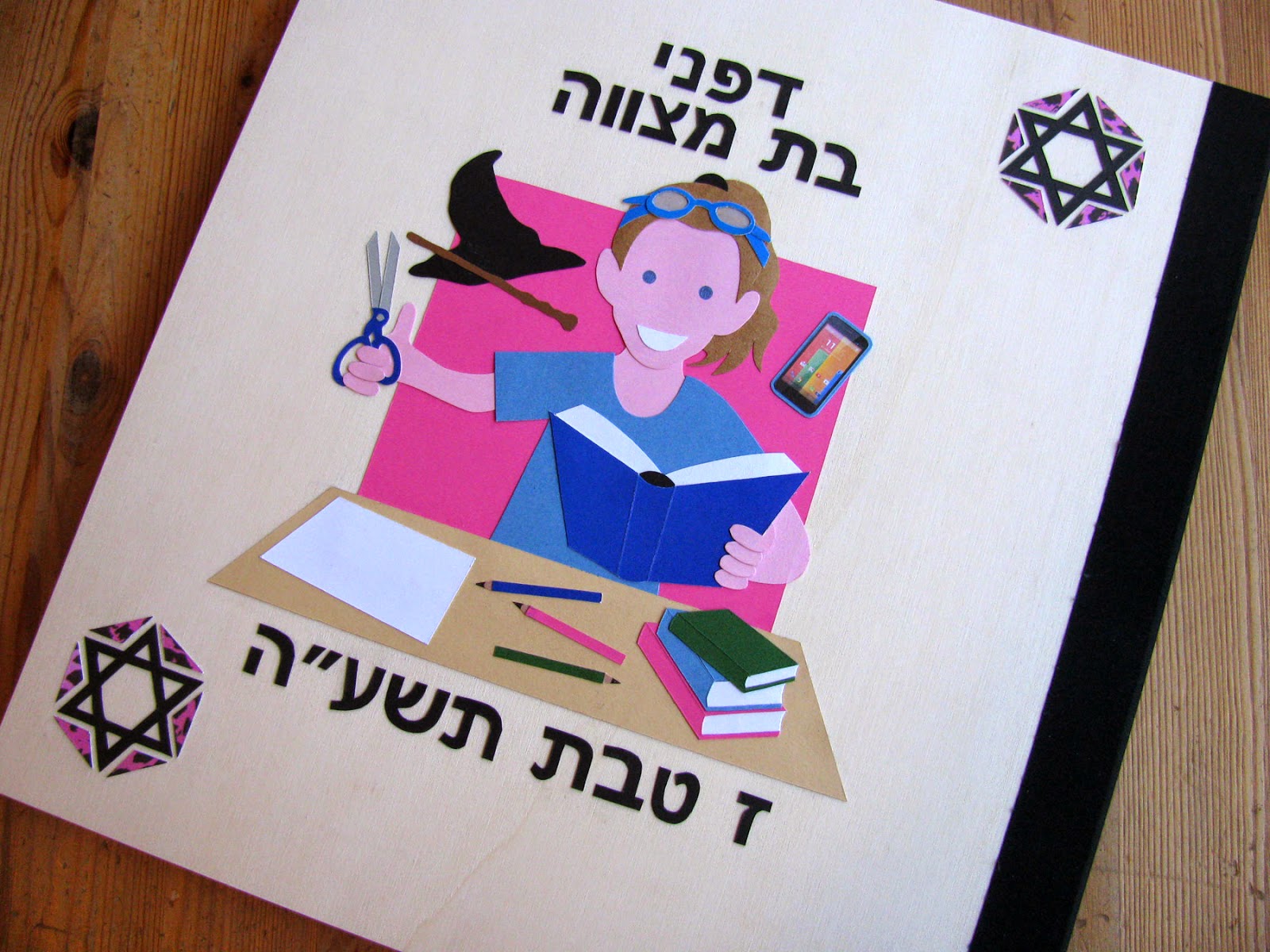 I made a Bat Mitzvah album for Daphne's sister back in January 2013, and for her cousin in June of last year. In December 2014 it was Daphne's turn to celebrate her Bat Mitzvah and she too wanted an album for her party, for all her family and friends to write a greeting in.

Blue-eyed Daphne's interests include reading (she is a big Harry Potter fan), swimming, and arts and crafts. Oh, and Mum says that she is rarely seen without her cell phone too. 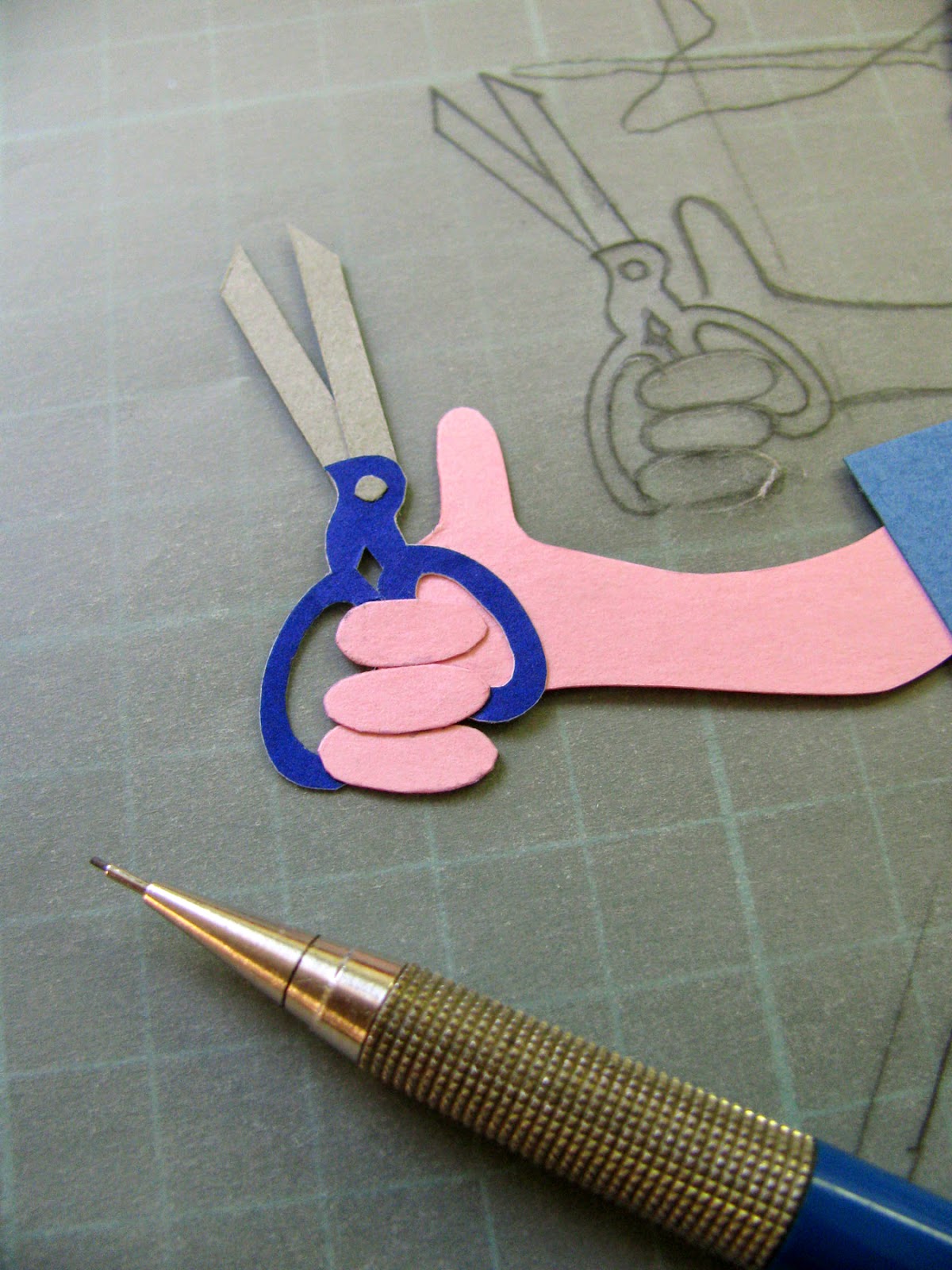 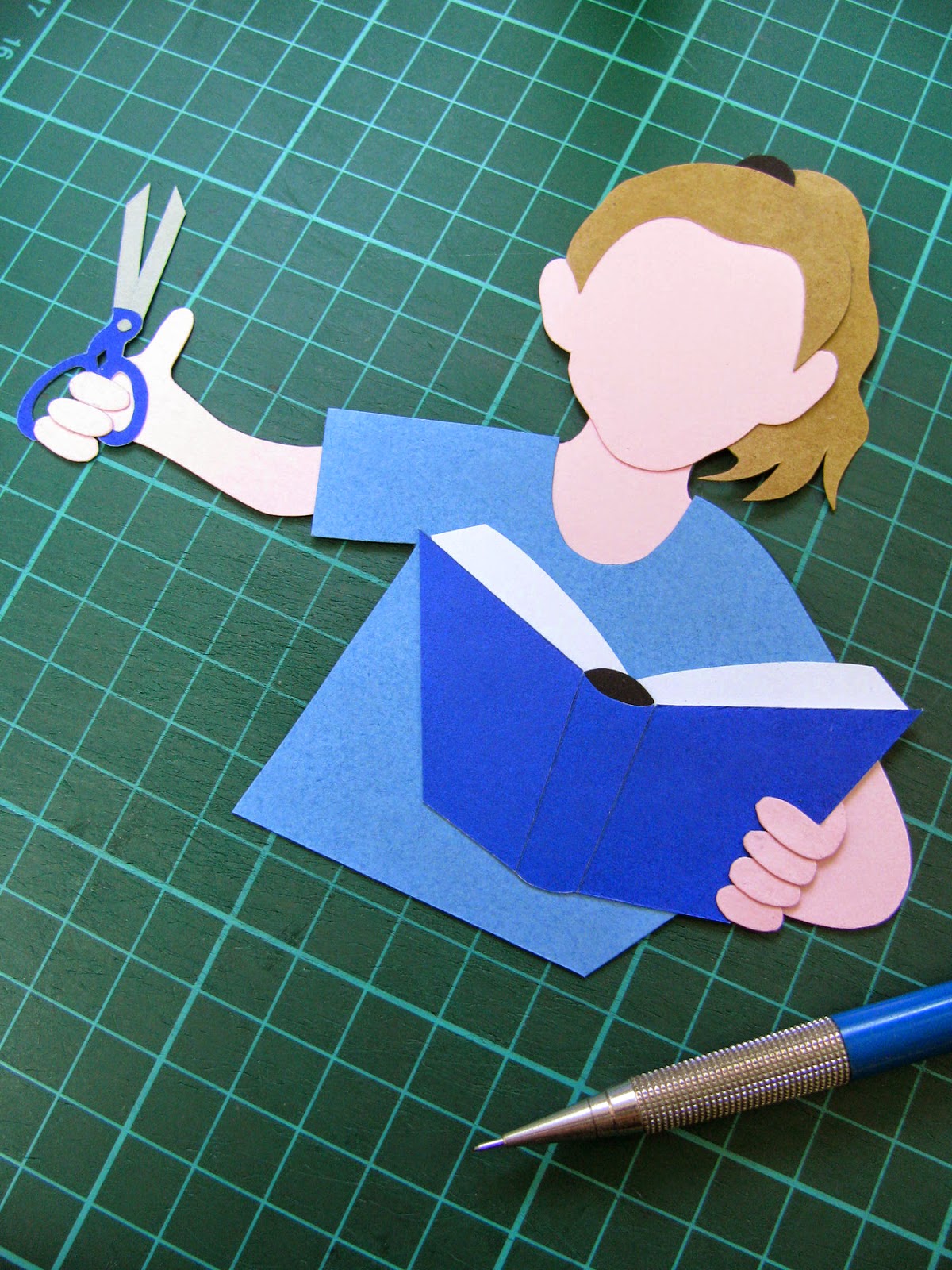 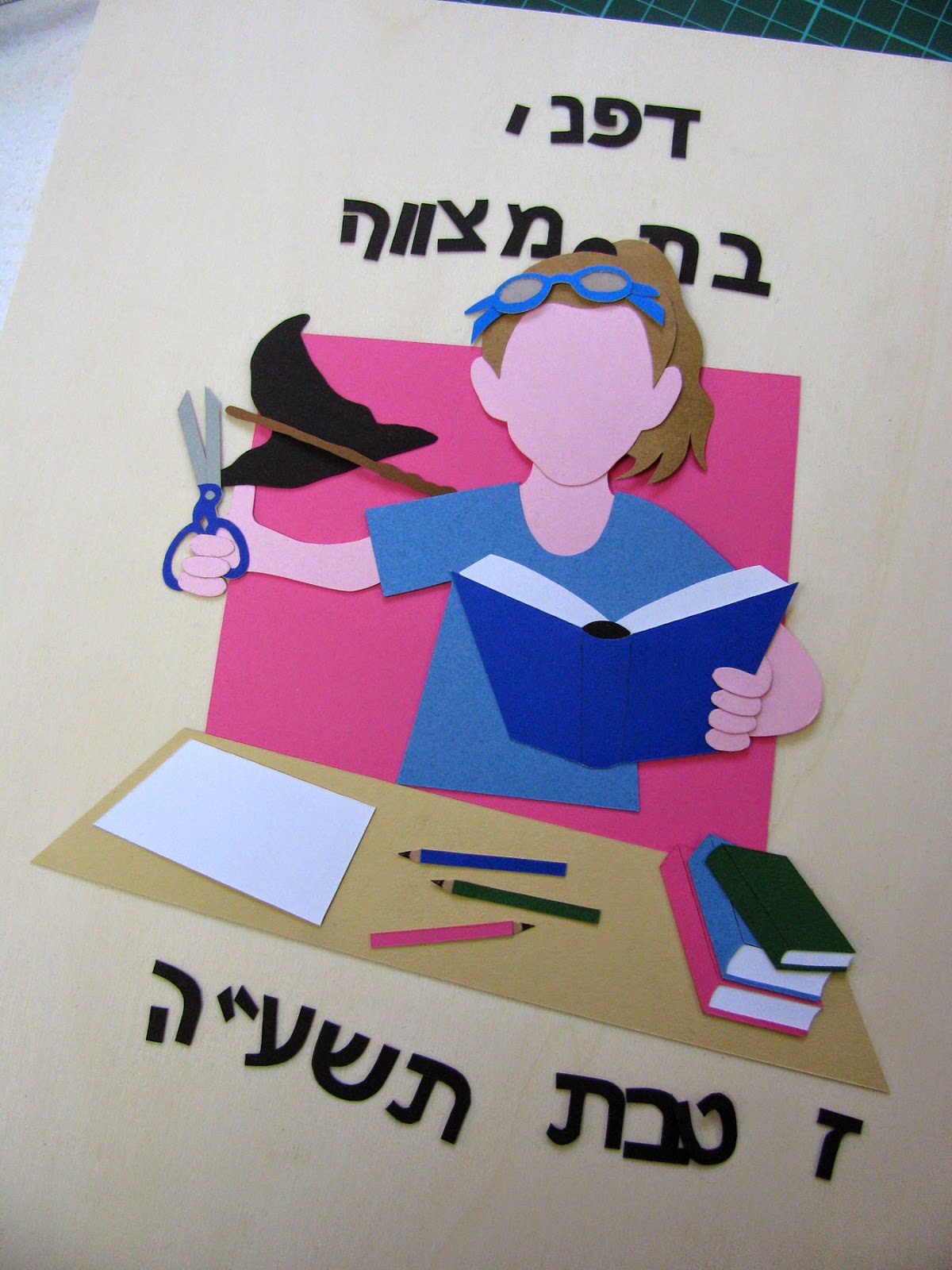 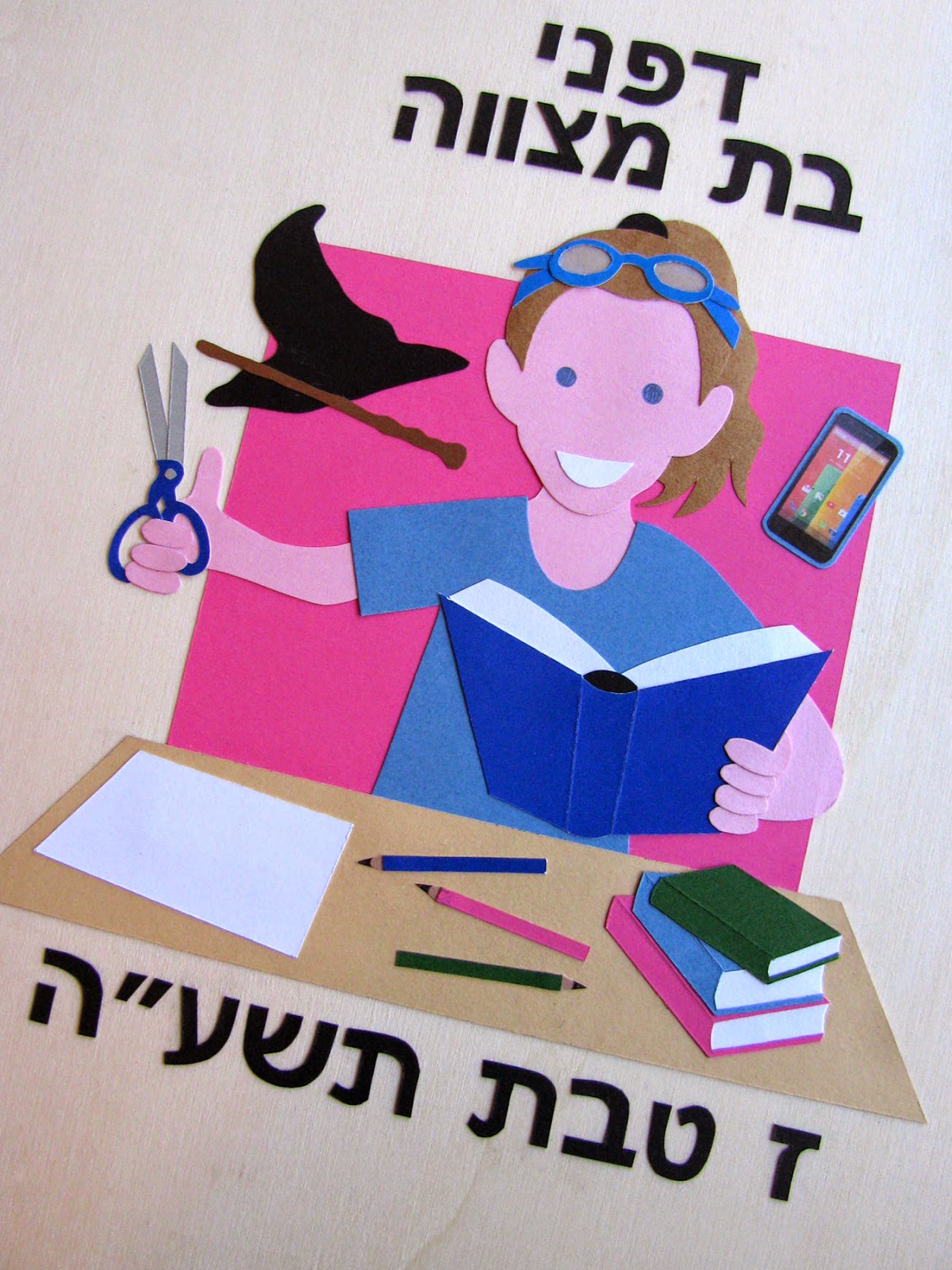 I have shown Daphne on the cover of her album with a book in one hand and some craft scissors in the other hand. She is sitting at a table which has a pile of books, some paper and pencils on it. Behind her is the Harry Potter Sorting Hat and wand, and also her precious phone in its blue cover. Her hair is tied up in a high ponytail and she is wearing swimming goggles! The album opens the Hebrew way, from right to left, and Daphne's name is in Hebrew, with the words Bat Mitzvah and the Hebrew date of her Bat Mitzvah celebration underneath. 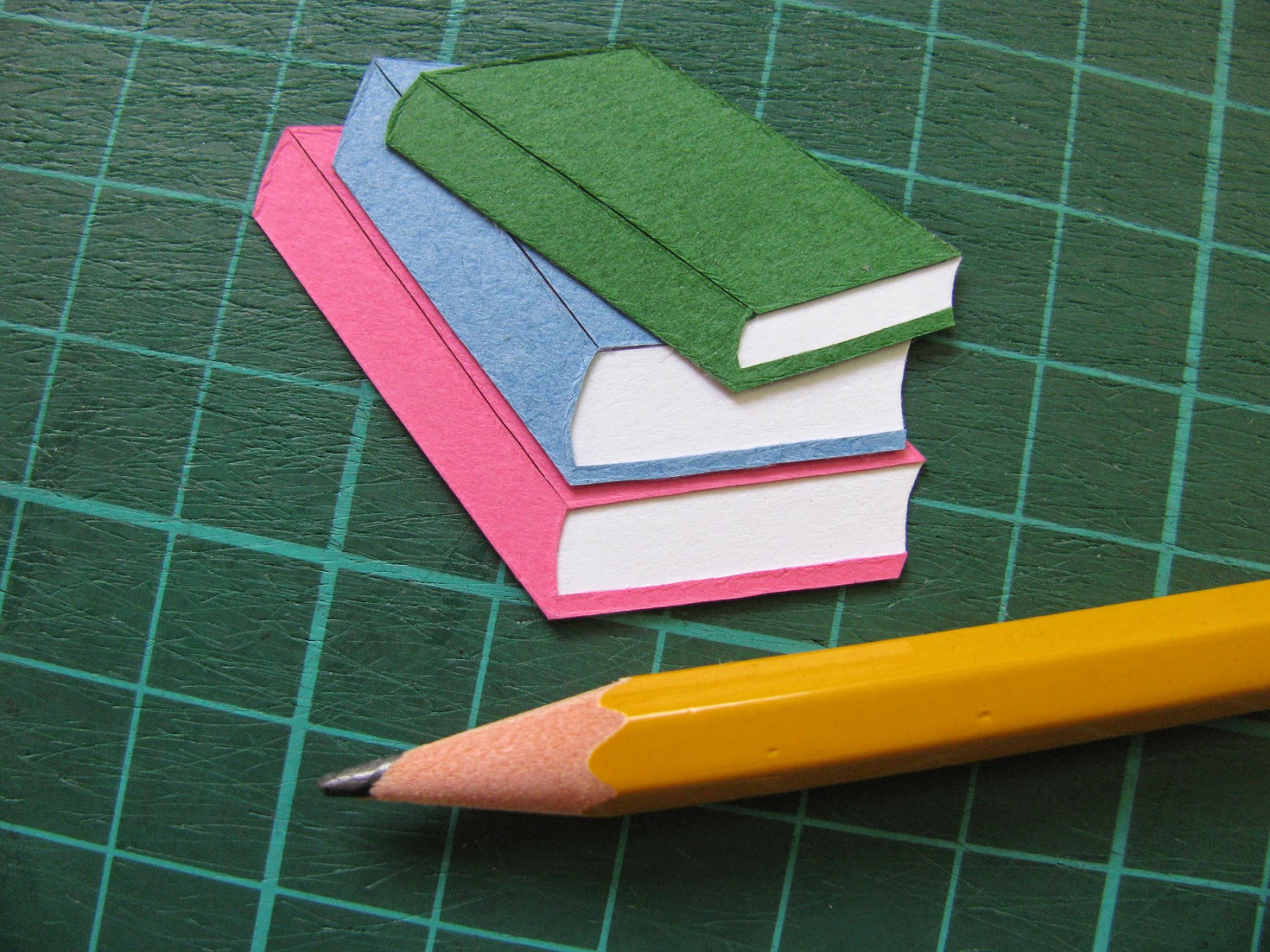 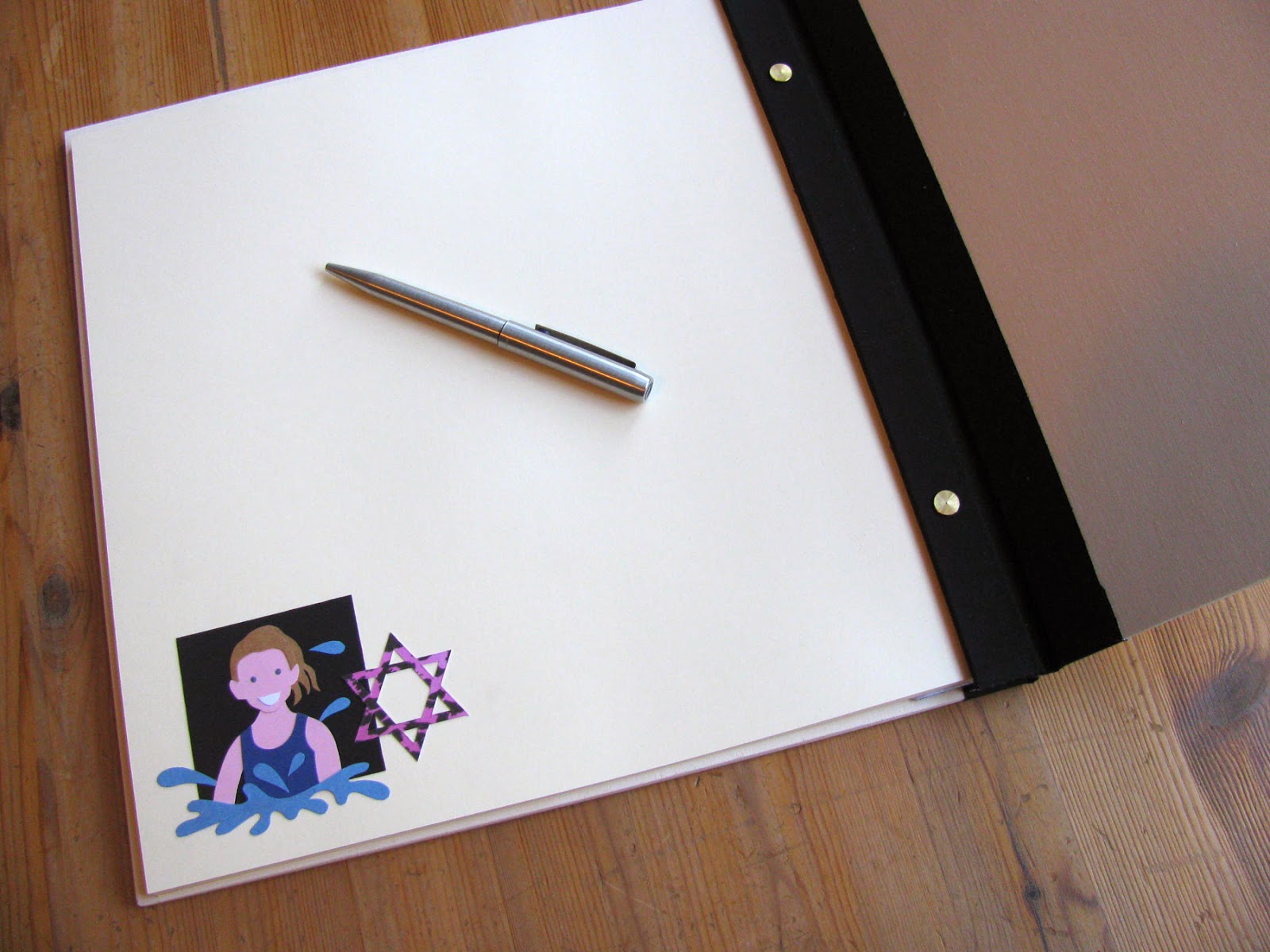 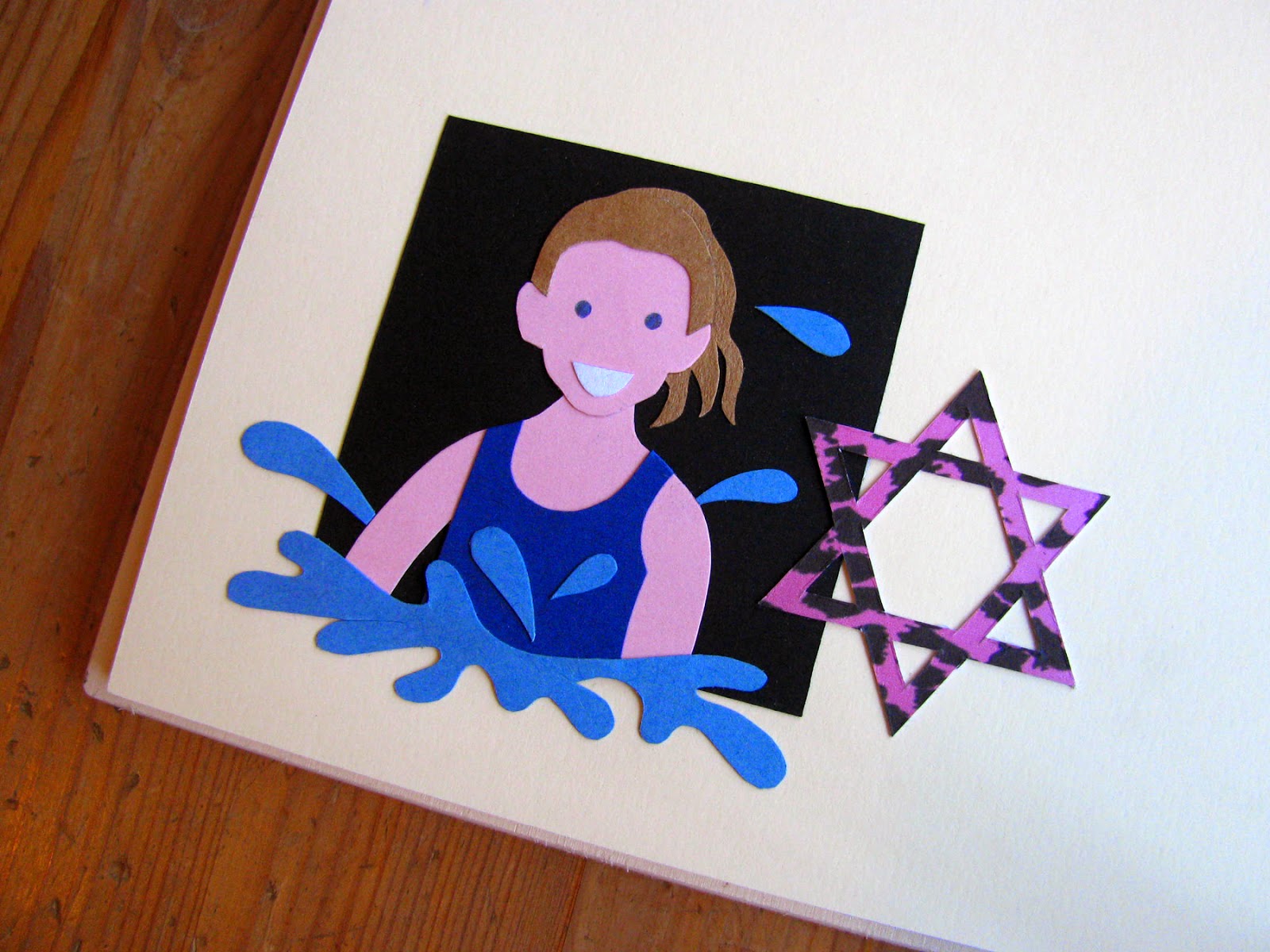 Daphne made a special request that I show her swimming on one of the inside pages of her album. As well as being a big Harry Potter fan (her favourite book is the seventh Harry Potter), she also a big Percy Jackson and Hunger Games fan. Therefore those books went on to another page of the album, along with Harry Potter's magical wand, and the Trident used by Poseidon, the God of the Sea, in Percy Jackson.
The next page featured a few arts and crafts materials, including a tiny paintbox and brush, and after that, another page was filled with books, since Daphne is such a keen reader. Daphne likes to go on Facebook and was keen that I show her profile page inside the album. You can see the actual page on her phone screen if you look closely enough!
Daphne's loves leopard prints and her party invitation had a border of black and pink print. The leopard design was a little too busy for the front cover of the album, though I did give the whole thing a black and pink colour scheme, but I was able to incorporate it inside by adding some leopard print Magen Davids (Star of Davids). There is a first time for everything! 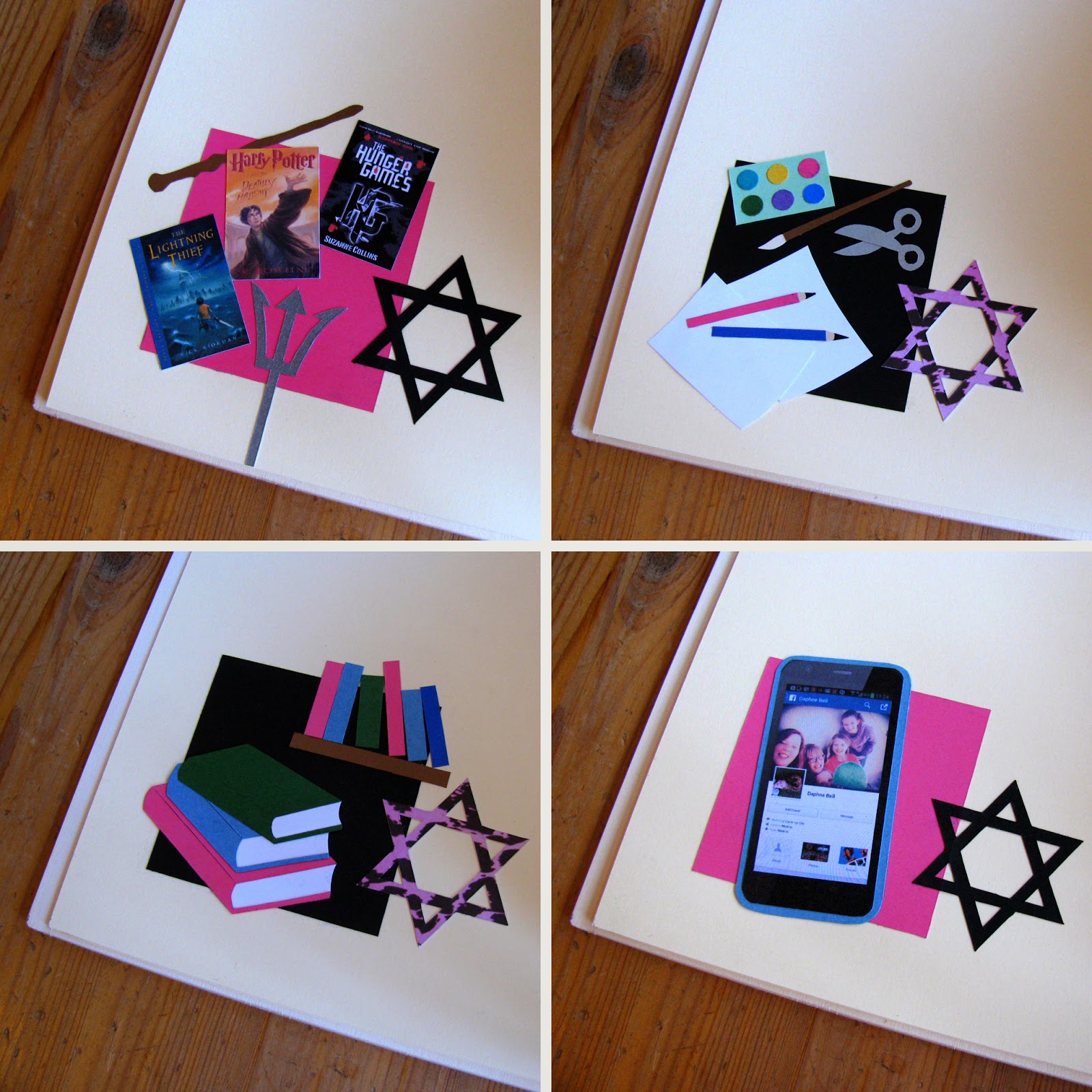 Daphne's Mum wrote to me after the Bat Mitzvah to tell me how pleased her daughter was with her album. "She absolutely loved it and all the details that went into it", she said.
If you would like to order a customised album / guest book for your own celebration, you can do so right here. 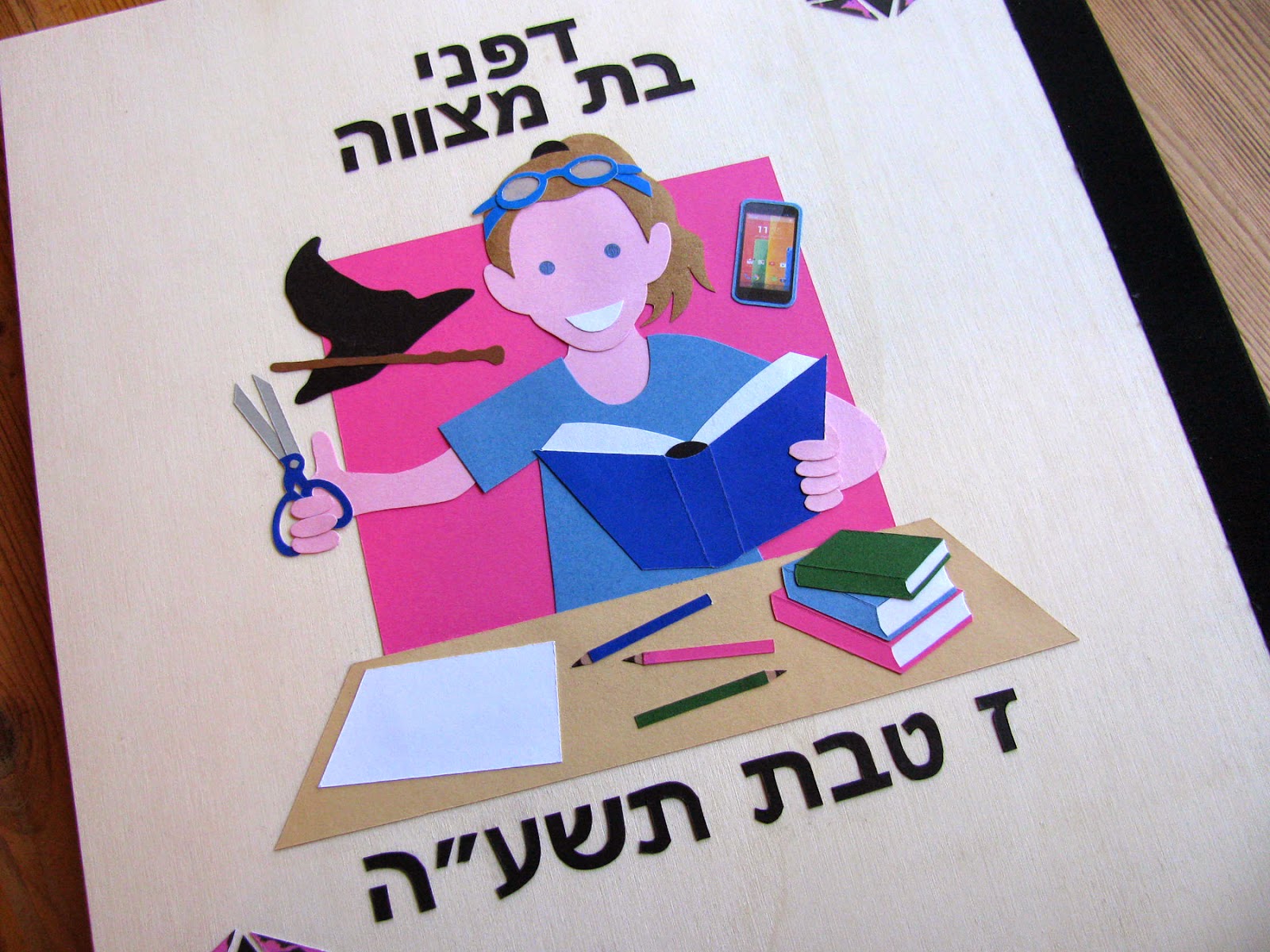 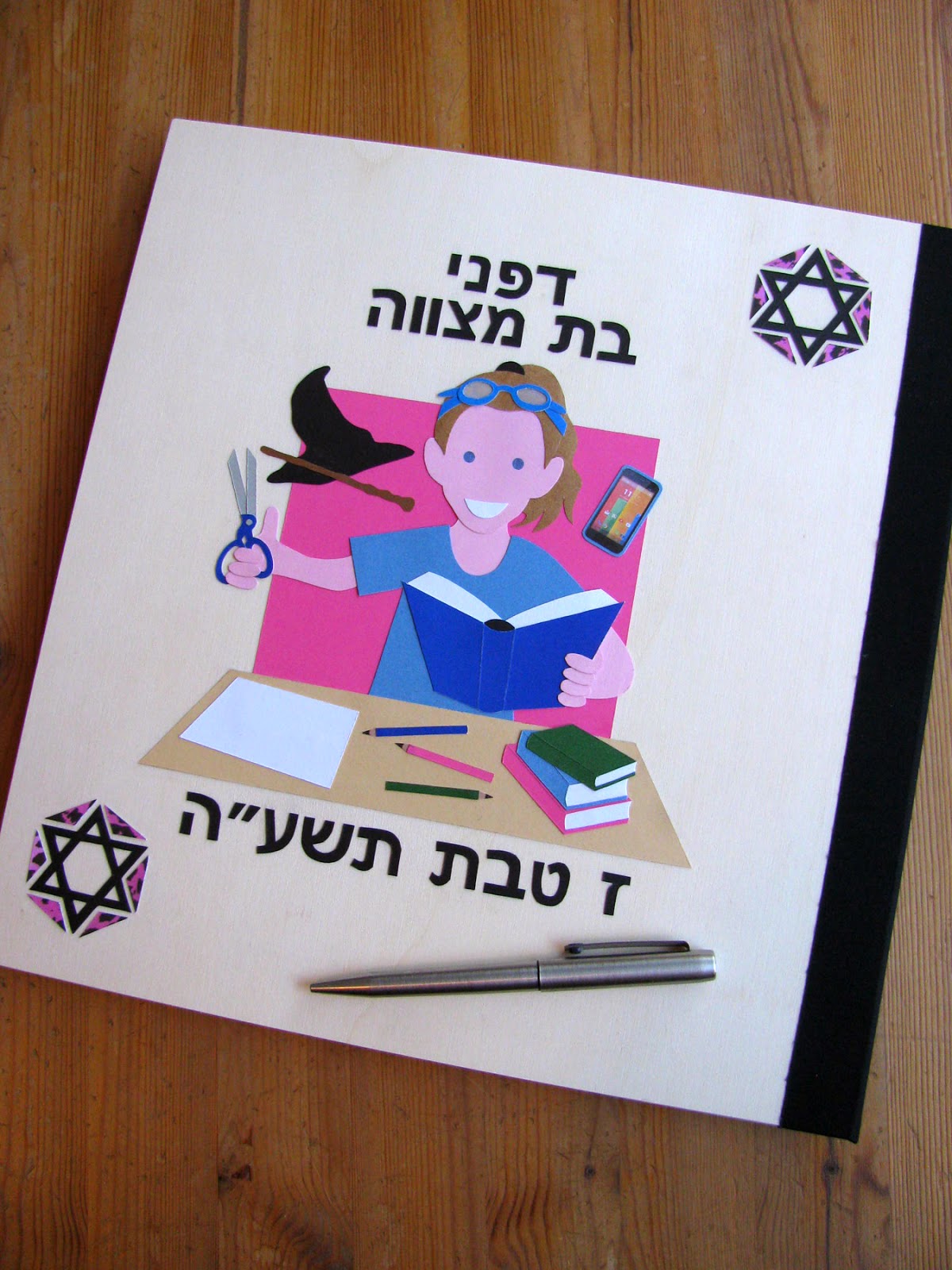 Posted by Handmade in Israel at 08:14

I think Daphne must have been very pleased.

so very cute! a lot of work went into it! i didn't know that about the way the Hebrew book opens.

I love the scissors. Adorable.