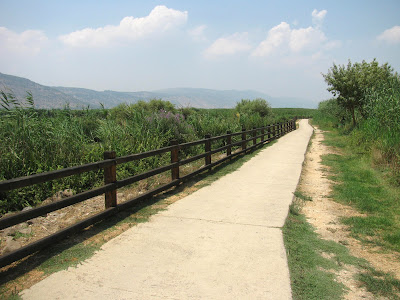 Day 3 of our stay in Rosh Pina saw us visiting the nearby Hula Nature Reserve. We have visited the area before, in 2010 and 2013, but on those occasions we rented bikes and cycled around the 8.5 km route at Agamon HaHula, the Hula Lake. This time Mister Handmade in Israel decided to go to the Hula Nature Reserve, a swamp that was drained and re-flooded to conserve part of the lake and wetlands of the Hula Valley, stopping first at the Dubrovin Farm, one of the first farms in the area.
Situated right in the centre of the Hula Valley, at Yesud Hama'ala, the Dubrovin Farm was built at the turn of the 20th century and was the home of a family of Russian Christians who converted to Judaism and turned this section of the Hula swamp into a farm. They dug a well, began farming the land and were quite successful, despite the hardships and the fact that most of their children succumbed to malaria from the nearby Hula swamps. Dubrovin eventually moved most of his family to Rosh Pina, leaving behind his eldest son, Yitzhak, to manage the buildings, fruit orchards, and gardens.
In 1968 Yitzhak bequeathed the Dubrovin Estate to the Jewish National Fund and the farm was converted into a museum that commemorates the early pioneers. It contains personal possessions and furniture from 19th century Russia, as well as old documents from local archives. Though small, the reconstructed farm is a nice place to visit. 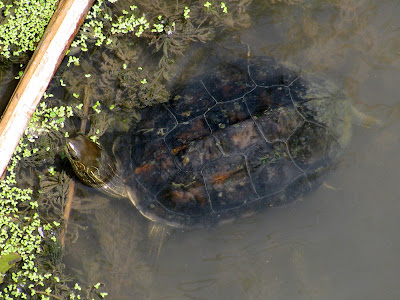 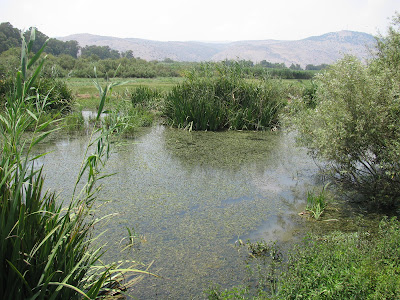 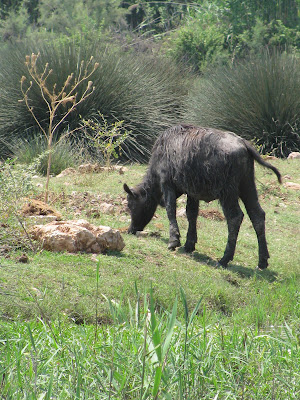 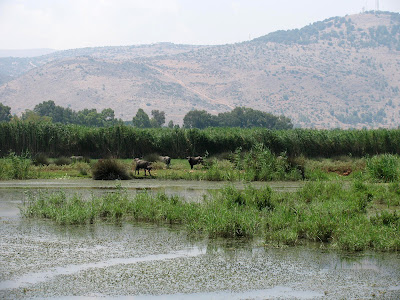 The Hula Valley is one of the most important resting place for birds migrating from Europe to Africa and back, with tens of thousands of birds, along with many species of rare plants and fish, making their homes in the lake and swamps.
Shortly after the establishment of the State of Israel in 1948, the government decided to drain the Hula swamp and lake and convert them into cultivated fields. The project began in 1951 and was the largest engineering project to be launched by the young state. Scientists and nature-lovers in Israel were, however, disturbed by the whole operation and worked hard to preserve at least part of the Hula waterscape. Although the idea of conserving a swamp sounded rather bizarre in 1951, the Jewish National Fund was convinced of its merit and agreed to set aside 800 acres, which became the foundation for the first nature reserve in Israel, the Hula Nature Reserve. 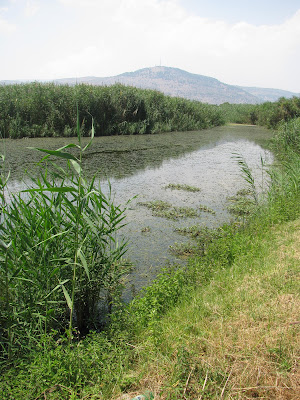 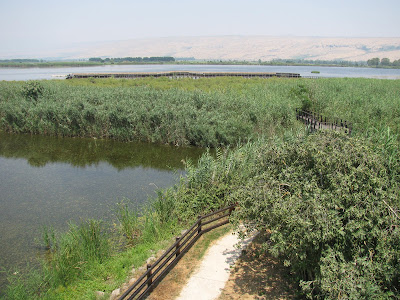 Tens of thousands of birds of over 200 species, including cranes, storks, pelicans, cormorants and herons, stay in the reserve, knowing they can find plenty of food there. The reserve also shelters rare aquatic plants, such as yellow flag, paper reed and white waterlily. Water buffalos graze in certain areas to preserve the open meadows. Species that have become extinct in the wild, such as the white-tailed eagle, have also been reintroduced in the reserve, though many species that lived here before the area was drained have sadly become extinct. In 1996, after four decades of failed searches, the Hula painted frog became the first amphibian to be declared extinct by an international body, though it seems that reports of the creature’s death had been greatly exaggerated. In October 2011, a living individual was found in the Hula Nature Reserve, and a number of others have since been spotted. 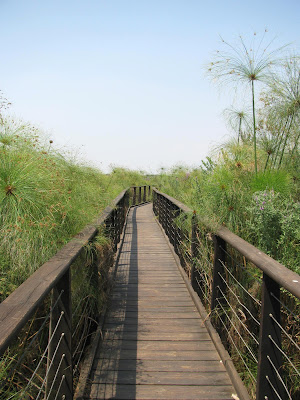 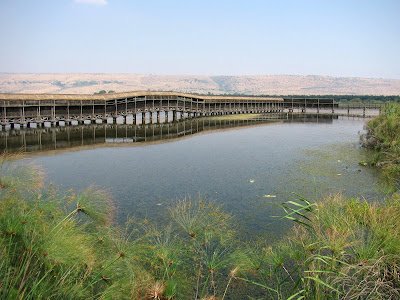 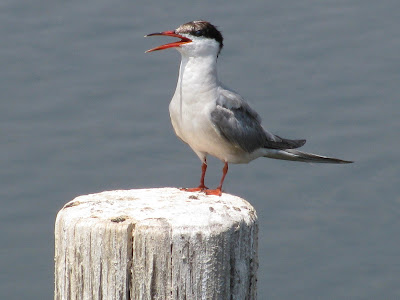 We visited the Hula Nature Reserve on a very hot day but were happy to find that the reserve has clearly marked paths to follow, as well as a ‘floating bridge’ over the swamp, and an observation tower from which to observe the birds. It was an easy walk.
Our visit began at the newest attraction in the reserve, the "Oforia Visitors Centre", where we saw an excellent 40-minute 3D film on bird migration, complete with fun special effects. The air conditioning in the centre was good too! This new visitors centre also includes a model that explains the story of the reserve, an exhibition of taxidermy animals, and a trivia game. The film can be seen in many languages, but the other three things are presented only in Hebrew and, perhaps because we were speaking English amongst ourselves, the guide neglected to even mention them to us! I guess we'll just have to go back.
The kilometre-and-a-half long trail through the reserve leaves from the visitors centre and returns there. We walked over a small bridge where we spotted masses of large African catfish, the dominant fish in the reserve, and several swamp turtles, before continuing on the trail along one of the dikes of the reserve. We found the observation tower, where we were able to sit and enjoy a stunning view of the reserve from above, whilst watching a bright blue Kingfisher fly to and fro across the water. We then turned onto a long wooden bridge to follow the Swamp Trail, a lovely path over water which is surrounded by papyrus thicket, home for a large nesting colony of herons in the summer. The Egyptians manufactured their famous papyrus paper from this plant. Halfway along the trail is the Hideaway, a blind from which visitors can observe the birds in the lake without disturbing them. Some birds could be spotted easily, while others were a little shy.
Unlike the rest of Israel, the Hula is at its greenest in the summer and, despite the temperatures and the fact that we were not there during the migration times, there was plenty of wildlife to see.
If you are a nature lover visiting the north of the country, definitely put this on your itinerary. 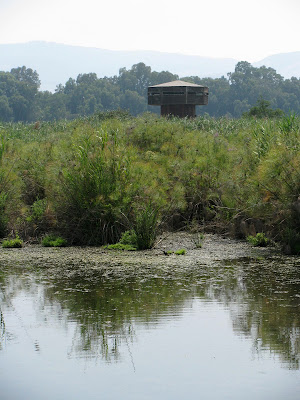 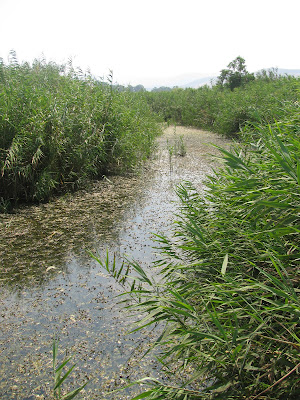 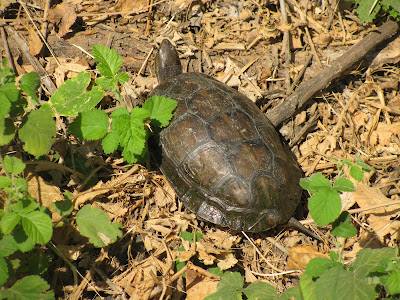 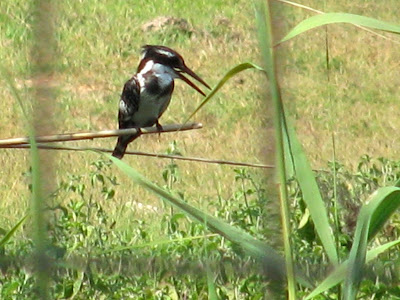 Posted by Handmade in Israel at 10:15

This is my kind of place! I love seeing immense reserves like this. They are so important for preserving nature. With all that water it must really help maintain so many species of animals.

really glad the area is a preserve so people can experience some nature and species can continue. losing children to malaria must have been dreadful.

How fortunate that people had the foresight to argue for the preservation of this special ecological resource! This is just my cup of tea, and I love boardwalks that take a person right into and across a wetland, without interfering with the wildlife. Thank you for sharing your photographs!

Oh wow, you saw a tern there. Great place! Sadly, when I visited there were hardly any birds, even though it was in the migration season...