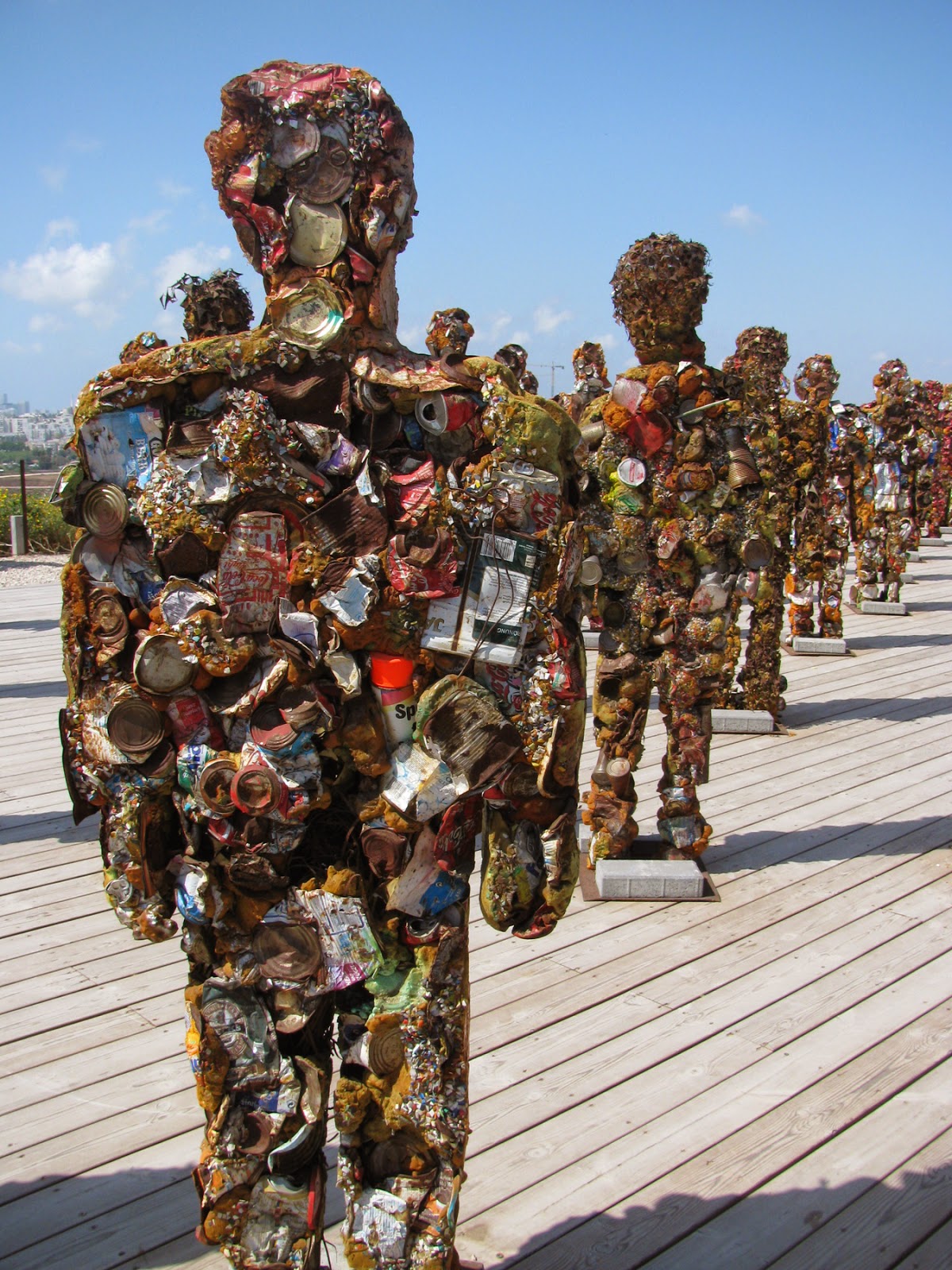 One of the most enjoyable things we saw over the Passover holiday was the "Trash People" exhibition at Ariel Sharon Park, just outside Tel Aviv. The exhibition was the work of the German artist H.A. Schult and featured hundreds of human-size figures in what looked like a modern-day take on China’s terracotta warriors. Made from 20 tons of recycled materials, including iron, glass, computer parts, cans and more, the figures were brought to Israel to raise environmental and recycling awareness.

Ariel Sharon Park is built on the Hiriya, what was Israel’s largest landfill site, which has since been transformed into an ecological oasis. After accumulating 25 million tons of waste, the facility was shut down in 1998. Three recycling facilities have been established at the foot of the mountain: a waste separation centre, a green waste facility that produces mulch and a building materials recycling plant.
The name Hiriya, derived from the Arabic word "Kheir", meaning "good," was the name of an Arab village that stood on the site until it was destroyed in the war of 1948. The landfill was established soon after, in 1952. 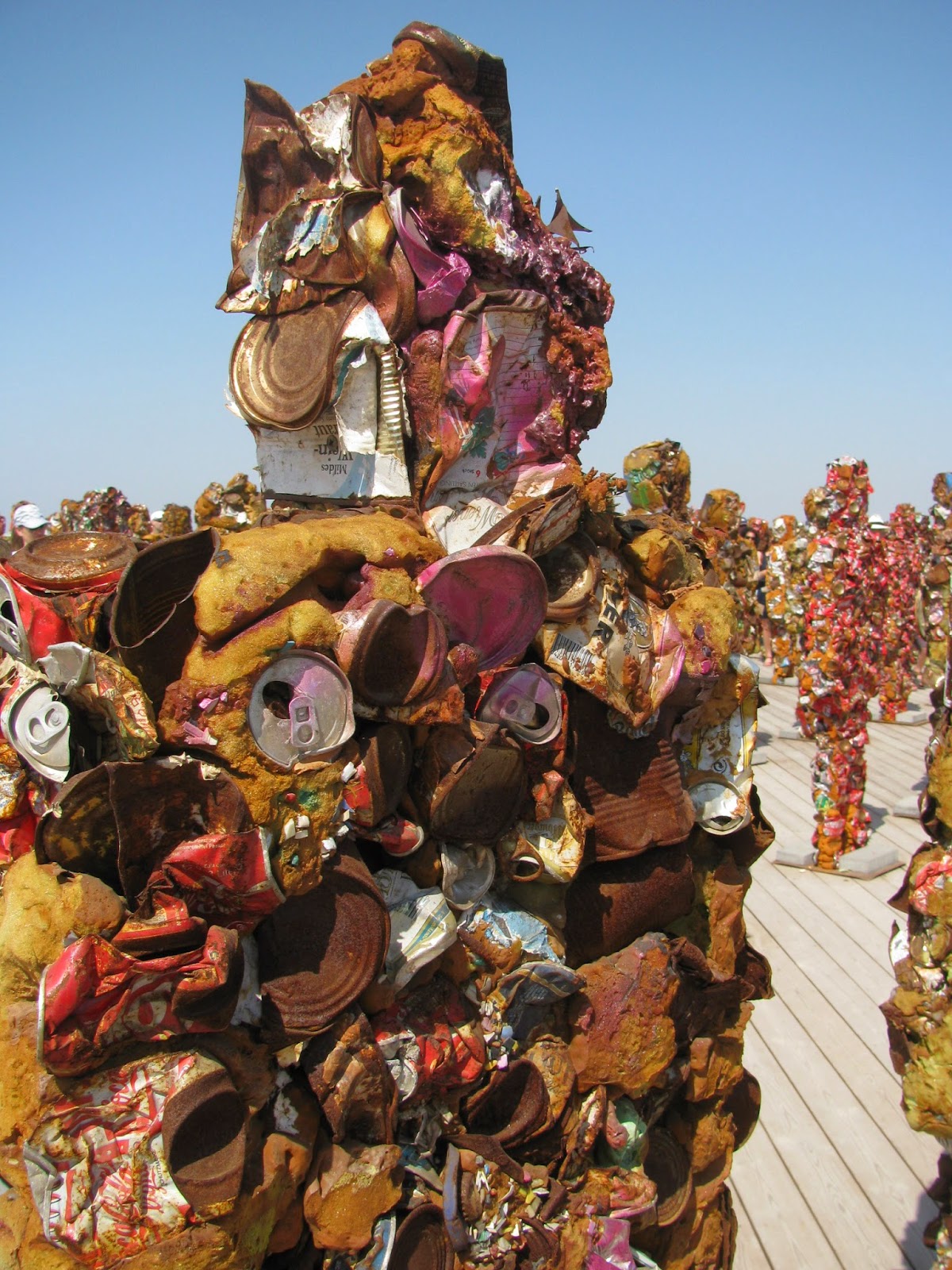 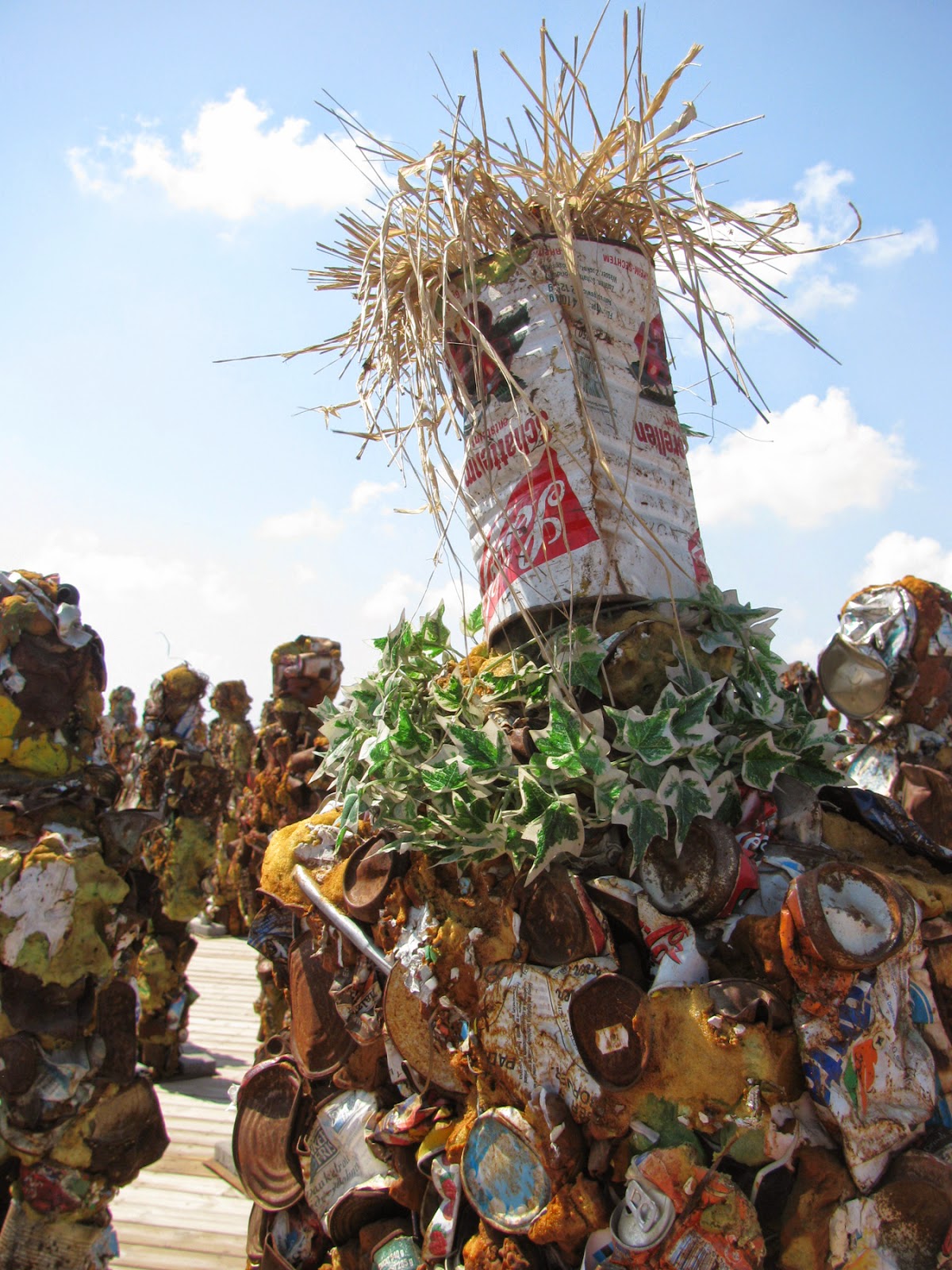 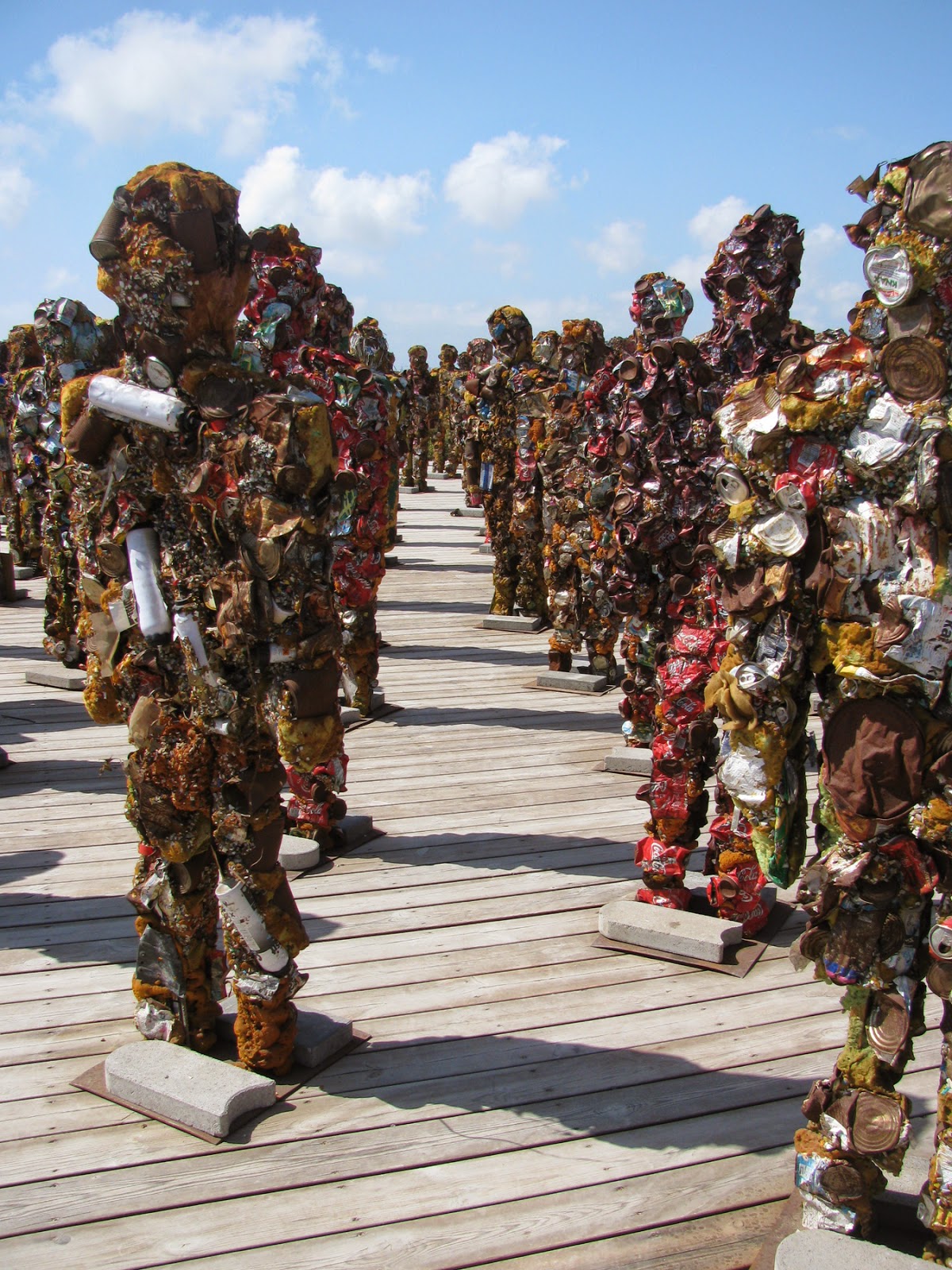 "Trash People" has been on tour for 18 years and has appeared at some of the world’s most beautiful and significant places including the Alps, the Great Wall of China, Moscow's Red Square, the Pyramids in Giza, Egypt, People’s Square in Shanghai, Rome and more. This was the first time the exhibit had been featured in Israel. 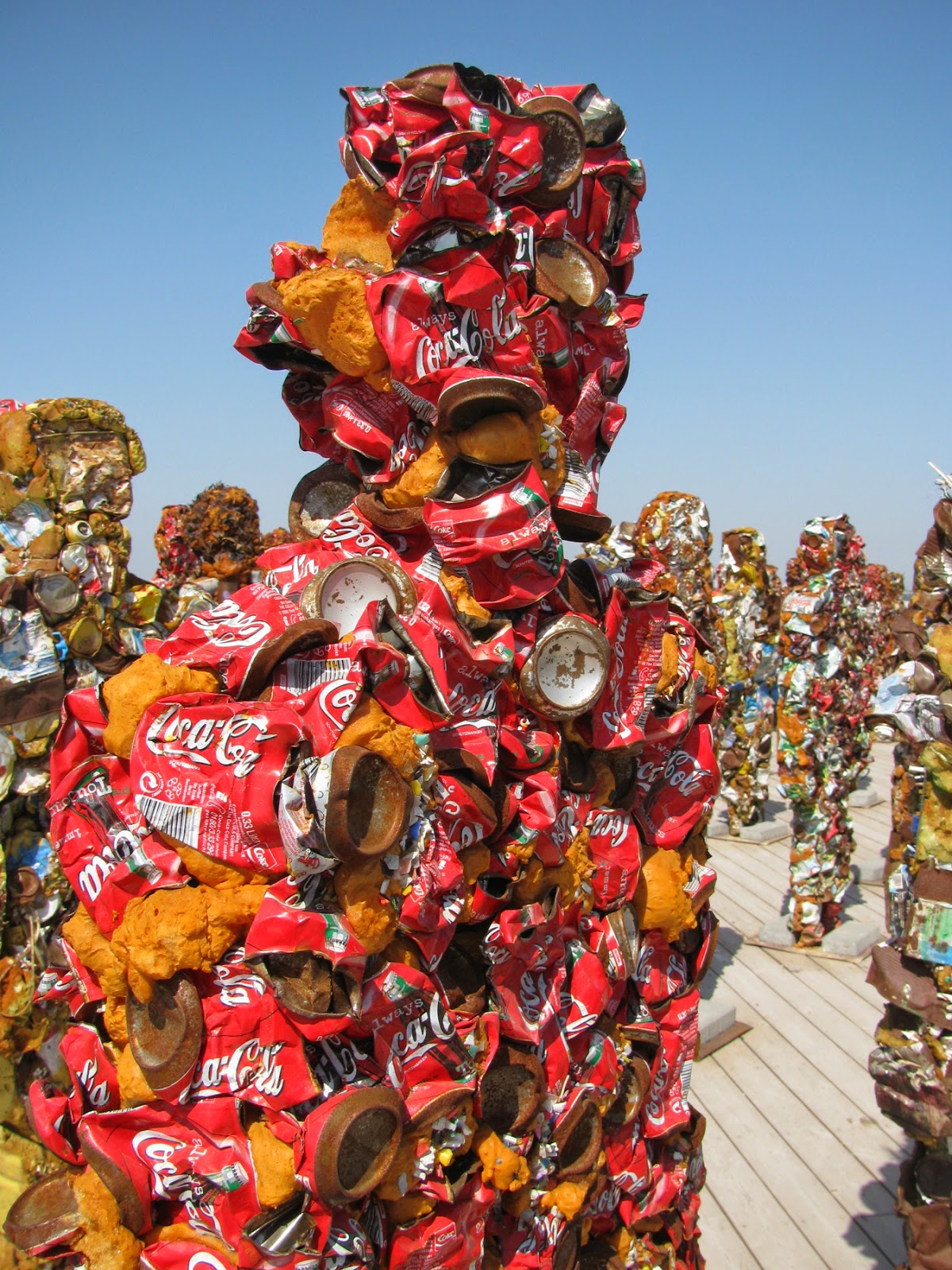 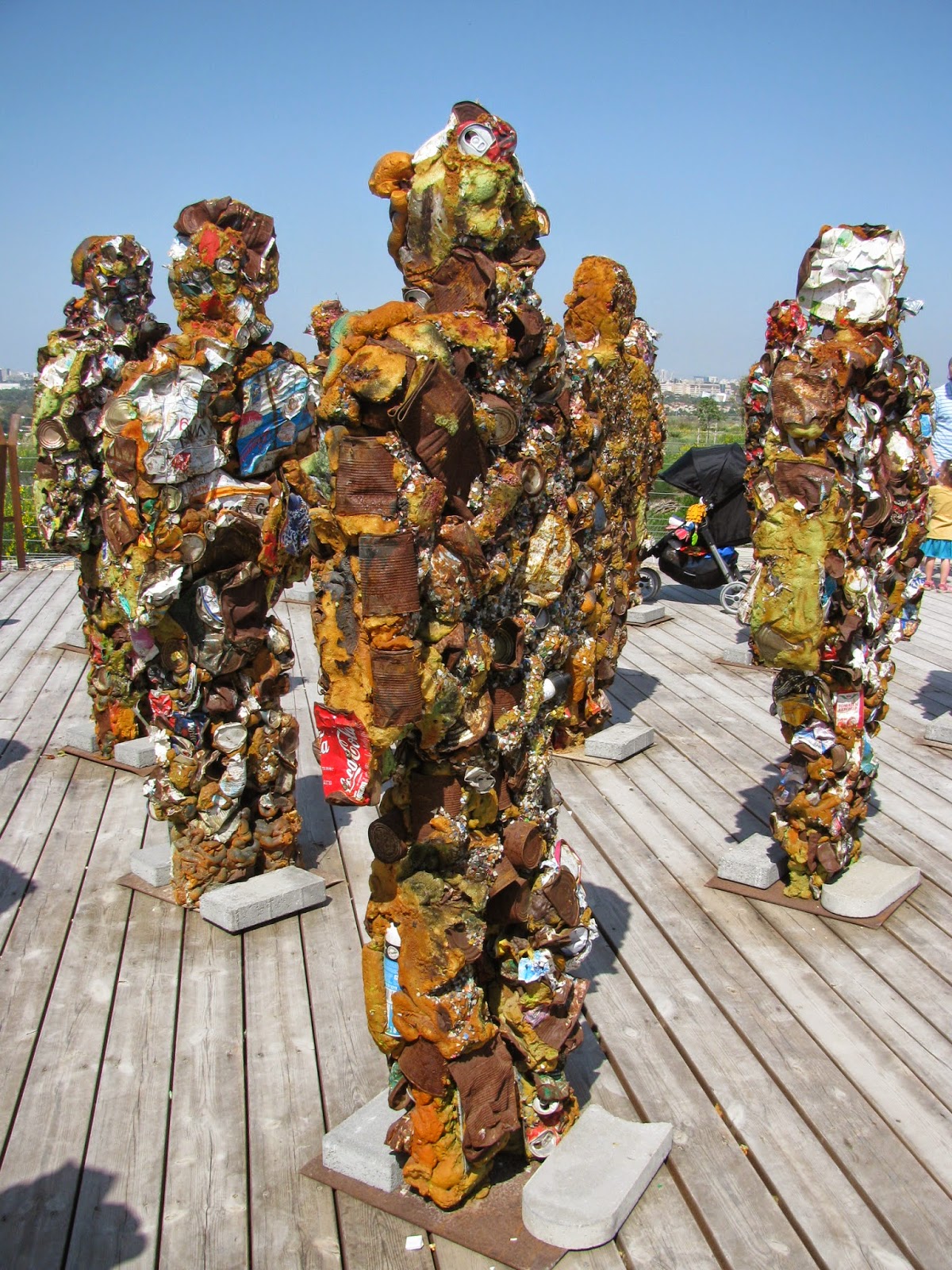 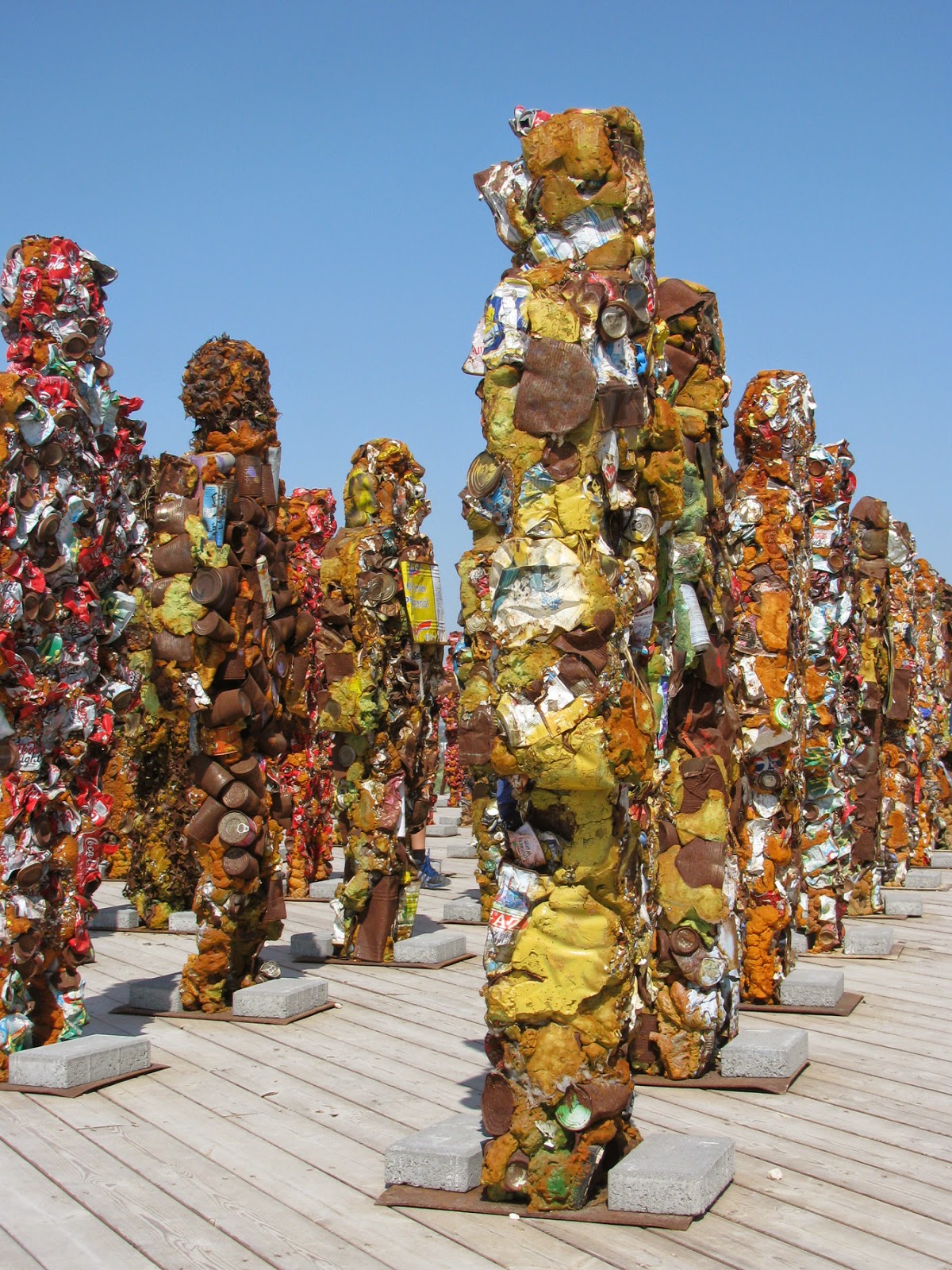 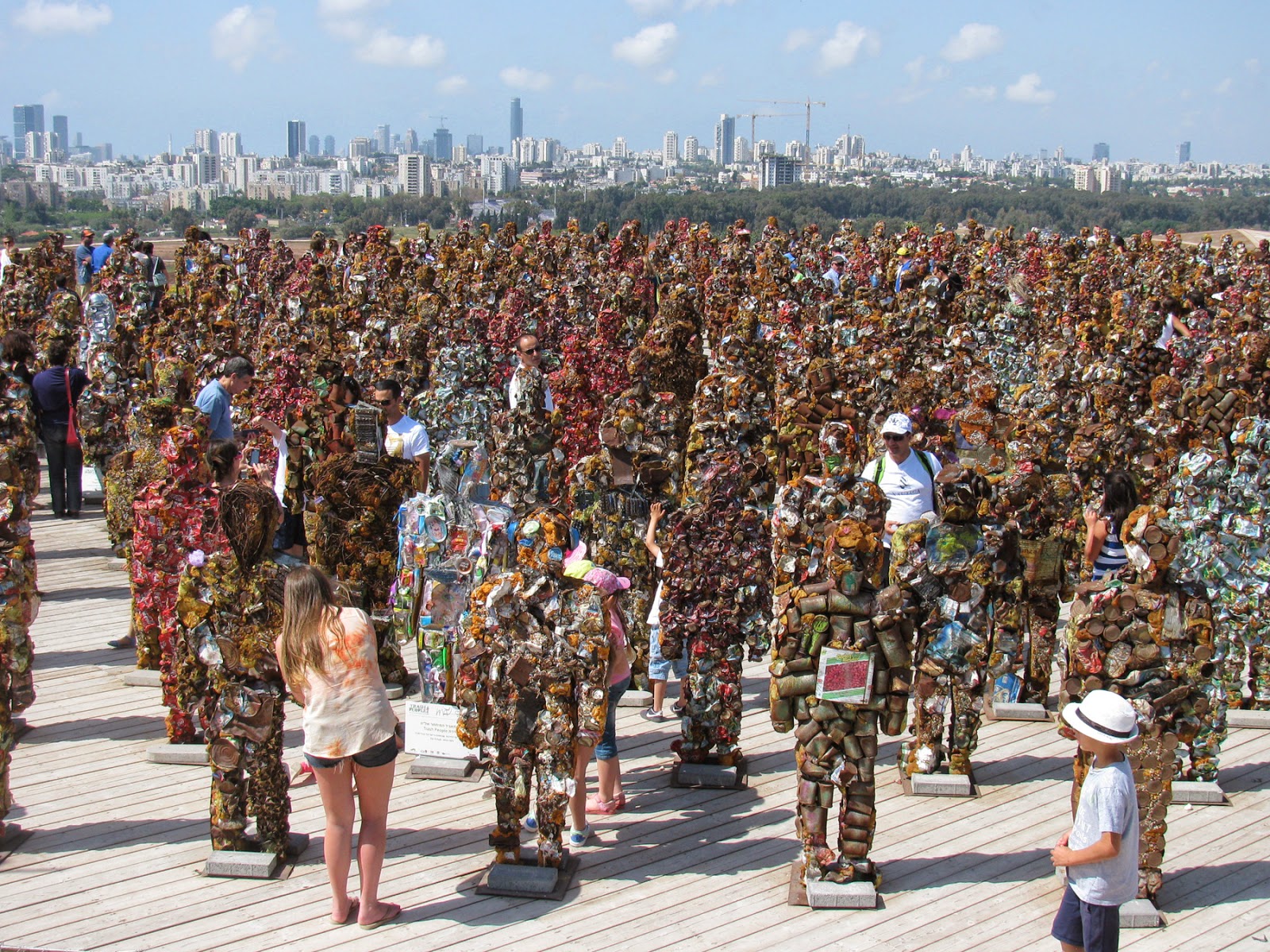 Schult is a controversial artist who uses sustainable materials for all his sculptures. He is apparently best known for dropping tons of trash in Munich's streets in 1969 as part of an art exhibit, and creating a paper river in downtown New York using old issues of the New York Times in 1983.
“We live in the era of trash and we are running the risk of becoming trash ourselves,” he said of the exhibit in a 2011 interview.
While 500 of the figures remain on tour, the other half of the original 1,000 sculptures have been put up for sale. I am very glad I managed to see this incredible exhibition when it was here.
Posted by Handmade in Israel at 08:00

Mami Made It said...

I've never heard of this exhibit. Would love to see it though.

Wow, that looks sort of chilling with how many there are! I'd love to see it.